Sordid Blade - Every Battle Has Its Glory | RECORD STORE DAY 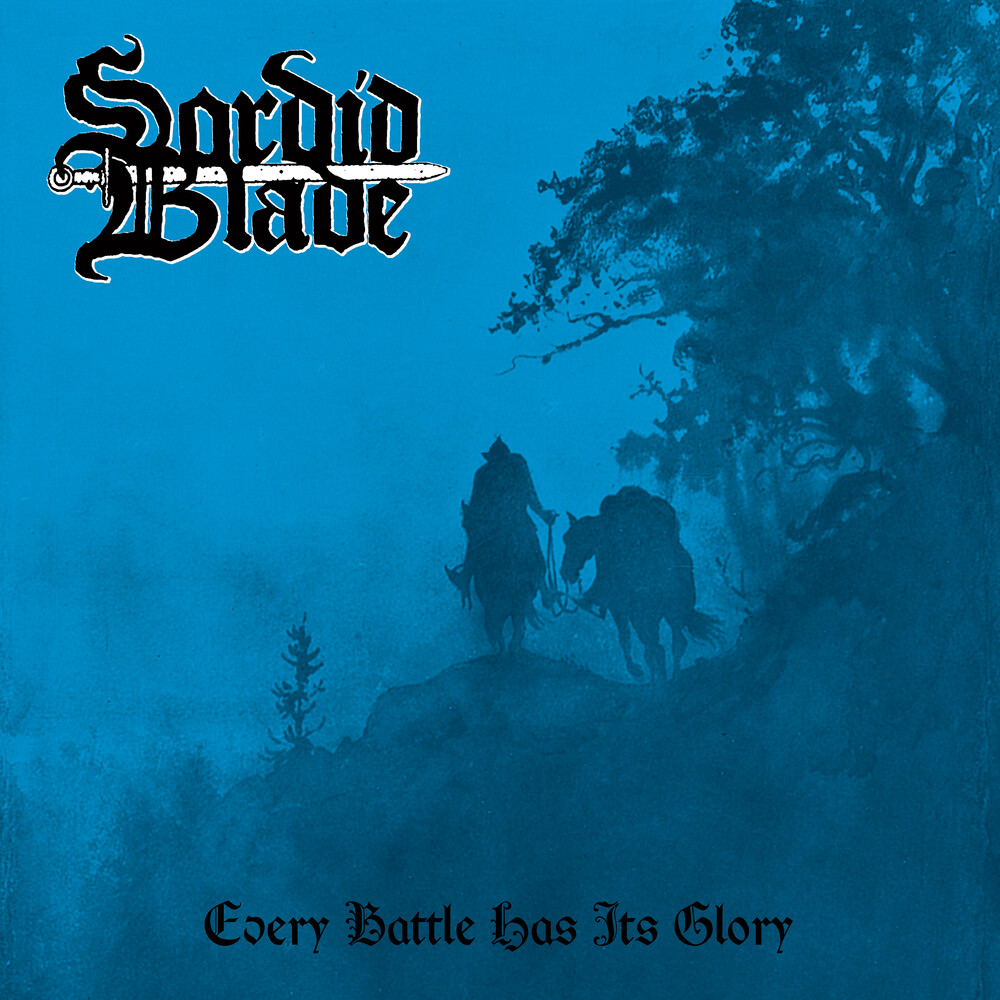 Formed in 2021 out of Niklas Holm's desire to create an epic heavy metal band in the vein of Hammerheart-era Bathory, Manilla Road and Warlord, Holm issued Sordid Blade's two-song MMXXI demo in 2021. It was an early indicator of Holm's ability to meld heroic proto-metal with the style and persuasion of his primary influences. After a brief period of soliciting prospective labels, Sordid Blade found it's rightful place on Gates of Hell Records for the release of their first full-length, Every Battle Has It's Glory. Every Battle Has It's Glory was tracked over the course of a year and marks the first appearance of drummer Micael Zetterberg, who joined Sordid Blade after the release of MMXXI. Together, Holm and Zetterberg tap into the broad, illustrious field of true, mid-paced anthemic metal, harnessing stout riffing and choice melodies to form a sound that remains faithful to the style's storied past. Holm's lyrics deal with existential themes and how the individual can gain strength by focusing on what's really important in the world. His lyrics are driven by metaphor, developing a sort of "code" for the listener to decipher. Once they do, they will find a wealth of songs with deep, emotional subject matter that adds another layer of depth and intrigue to Sordid Blade. Even the instrumental "Kiolsvarf" is topical - it is a Swedish term to describe a family drowning at sea. The Carl Larsson (1853-1919)-created cover art was the last piece to the Every Battle Has It's Glory puzzle. Zetterberg found one of Larsson's paintings in a book and shared it with Holm. Holm knew the creation was the perfect choice - it's dark style reflected the overall theme of the album. It is by which this thoughtful depth and exploratory nature that Sordid Blade sets itself apart. The epic metal field is growing increasingly crowded, but for those in search of something with an emotional and personal atmosphere, there is no better choice circa 2022 than Sordid Blade.