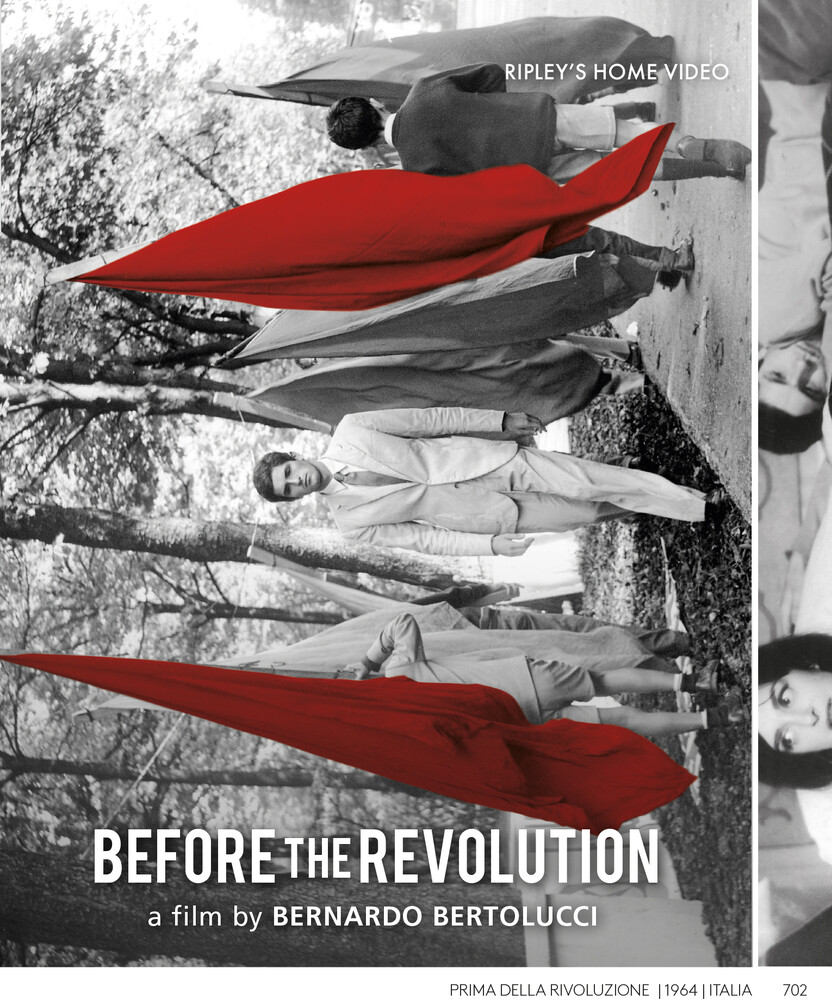 Semi-autobiographical, partly inspired by Stendhal's The Charterhouse of Parma, and set in 1962 in his native Parma, Before the Revolution (1964) by most acclaimed director Bernardo Bertolucci captures the passions and the ideology of the 1960s. Fabrizio is passionate, idealistic, inflenced by Cesare, a teacher and Marxist, engaged to the lovely but bourgeois Clelia. He struggles to come to terms with these contradictions and master an incestuous affair with his attractive youg aunt, Gina. Winner of the Cannes Critics Week prize in 1964, it's presented in a digital restored version with a selection of revealing extra features edited by Giuseppe Bertolucci featuring among the others Ennio Morricone and Marco Bellocchio. This Blu-ray special edition features a restored high-definition digital transfer with uncompressed soundtrack, video introduction by Martin Scorsese, extract from rare TV documentary Effetti Personali directed by Giuseppe Bertolucci in 1983, plus on-set footage and the film's trailer.