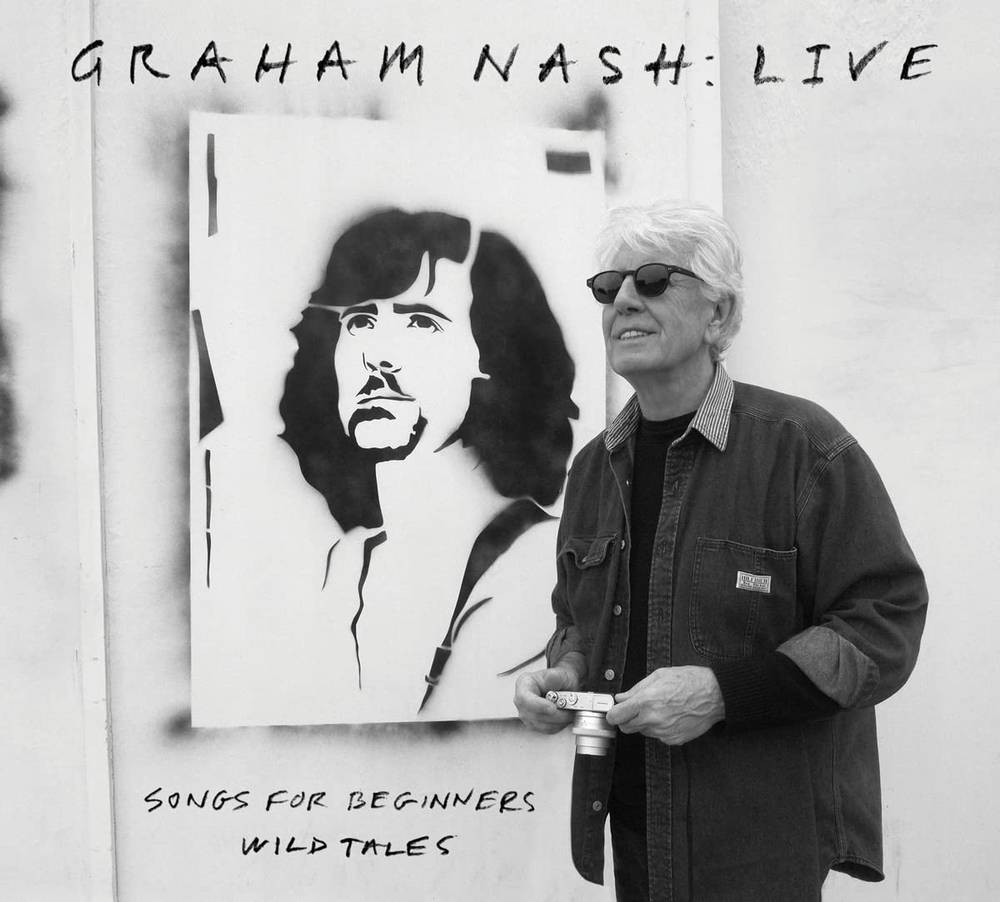 Double vinyl LP pressing in gatefold sleeve. Graham Nash: Live is the unique project on which Nash revisits his first two classic solo albums, Songs For Beginners and Wild Tales, recorded live in concert. The live albums were recorded in 2019, each in their entirety with their songs in familiar sequence. Nash was joined on stage by a seven-piece band led by his longtime collaborators, Shane Fontayne (guitar and vocals) and Todd Caldwell (keyboards and vocals), The album was mixed by Grammy Award winner Kevin Killen and mastered by Grammy Award winner Bob Ludwig. An extraordinary Grammy Award winning renaissance artist - and self-described "simple man" - Nash was inducted twice into the Songwriters Hall of Fame, for his work with CSN and his work as a solo artist, beginning with these two landmark albums, Songs For Beginners and Wild Tales. Nash's lifelong commitment to his work is unwavering. His inspiration is simple: "All the things we stood for, that love is better than hatred, that peace is better than war, that we have to take care of our fellow human beings, because that's all we have on this planet - those things are still true today. I need to know that I've brought something into the world that was positive and not negative."