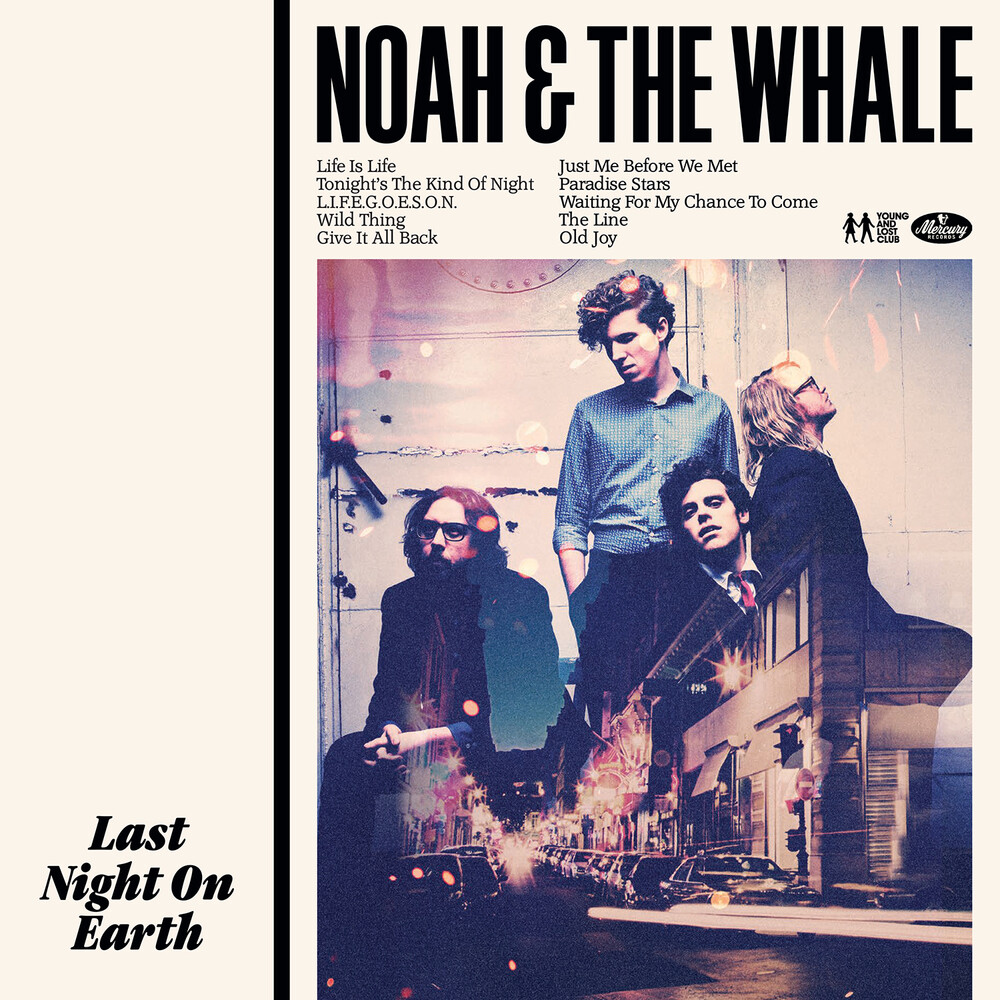 Noah & The Whale were one of the leading protagonists of the small but perfectly formed indie-folk scene of the early days of the 21st Century. Formed in Twickenham, the five- piece, led by vocalist and guitarist Charlie Fink, originally boasted Laura Marling in their line- up, before she left to begin her successful solo career. Containing the Top 10 single L. I. F. E. G. O. E. S. O. N. , Last Night On Earth was partially recorded in LA with producer Jason Lader. On it's release in 2011, Fink spoke of capturing "that excitement of being young and being in the night," and being influenced by Bruce Springsteen. That can be heard on Wild Thing, which blends Springsteen and Lou Reed into something that is unmistakeably the group's own. The Telegraph called it "Heartfelt, spirited, lyrical, moody and mostly magnificent pop rock. "This re- issue faithfully recreates the original 2011 Mercury Records UK release and is pressed onto high quality 180gm vinyl. Also includes the original's bonus 7" single featuring demo versions of Tonight's The Kind Of Night and Wild Thing.