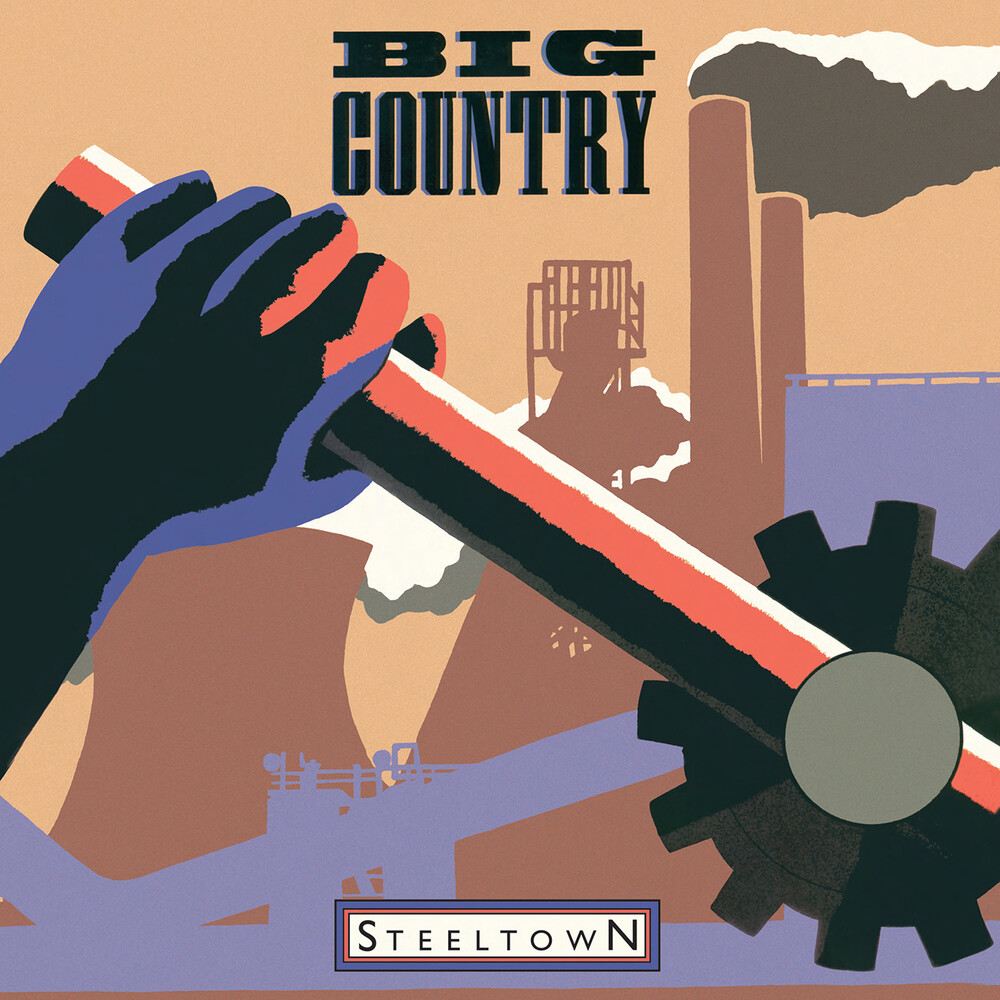 Formed by ex-Skids guitarist Stuart Adamson in 1981 with old friend Bruce Watson and, from 1982, rhythm section Tony Butler and Mark Brzezicki, Big Country proved a fascinating proposition, adding punk, new wave and even new romantic elements to heavy, meaning-laden pop/rock with a passionate Celtic slant and fierce integrity. Using effects, Adamson and Watson's chiming guitars evoked traditional Scottish instruments. This was unique and proved highly influential. Within a year of their first release, many existing bands began to emulate the group's sound. Nobody achieved it quite like Big Country. Written as a critique of the collapse of industry in the 80s, Steeltown took it's inspiration from East Midlands town of Corby, to which many Scots migrated during the Great Depression. Recorded at ABBA's POLAR Studios in Stockholm, and produced by Steve Lillywhite, the album became the group's only UK No. 1, when it entered the chart at the very top, preceded by the Top 20 single, East Of Eden. With it's knotty instrumentation and references to politics, the album has long been a favourite of James Dean Bradfield - it is clear to hear the impact of Big Country on his group, the Manic Street Preachers. This re- issue faithfully replicates the original 1984 Mercury Records UK release with gatefold sleeve and is pressed onto high quality 180g vinyl.