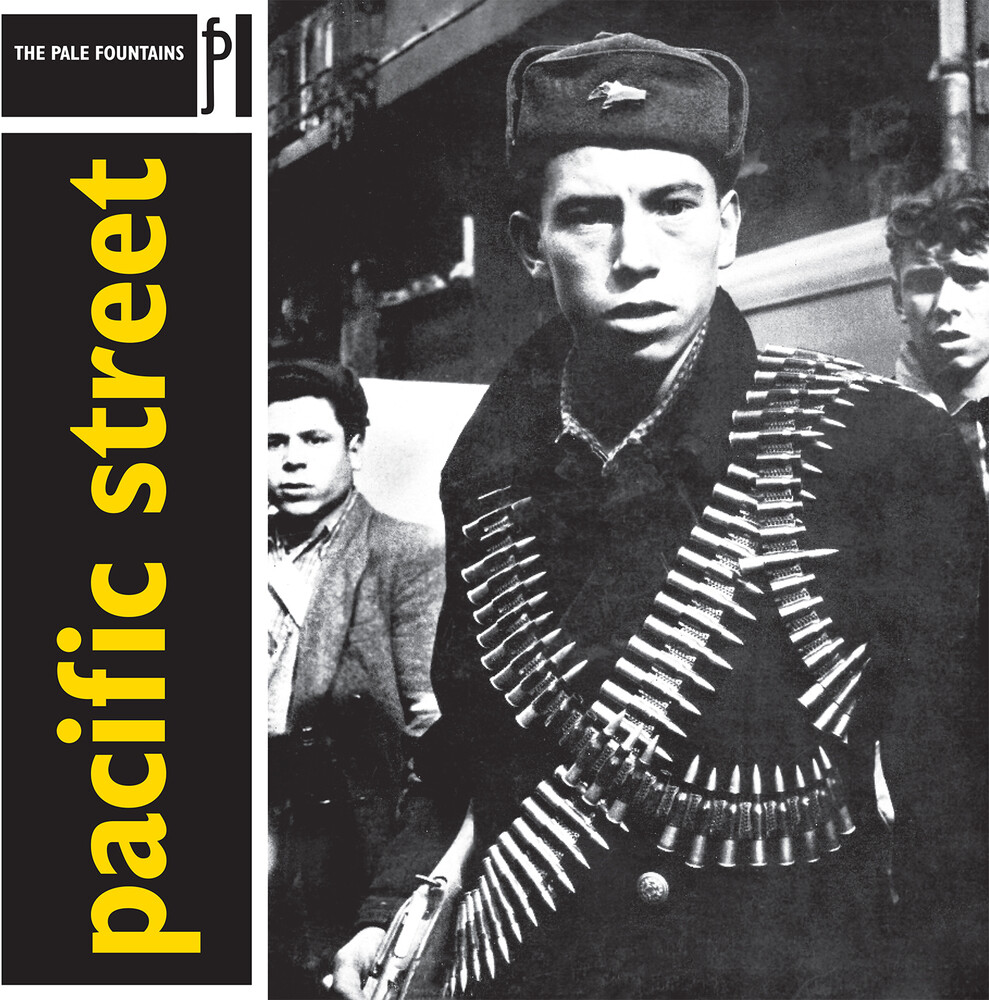 The Pale Fountains were formed in Liverpool in 1980 by Mick (as he was then known) Head with Chris McCaffery on bass, Thomas Whelan on drums, trumpeter Andy Diagram and guitarist Ken Moss - Signing with Virgin in late 1982, this was the first time the music world became aware of the work of singer-songwriter Michael Head. At the time of it's release in February 1984, Head described Pacific Street as "like a greatest hits LP, except we haven't had any hits!" It not only showcases the ambition of 80s pop in general, but the very specific singularity of the Liverpool scene, that seemed to add love and (Arthur Lee's) Love to everything recorded. It reflects the swing away from the post- punk and funk of the early years of the decade, aiming for a mellower, bossa- nova influenced pop. It is difficult to understand how tracks such as Unless and (Don't Let Your Love) Start A War were not big hits and are not viewed as standards. Near four decades later, Michael Head is adored by his hardcore following and the wider world freshly discovers him as each of his new releases achieves widescale acclaim, whether it be his subsequent band, Shack, or his current outfit, the Red Elastic Band. But The Pale Fountains was where it all began. This re- issue faithfully replicates the original 1984 Virgin Records UK release with printed inner and is pressed onto high quality 180gm vinyl