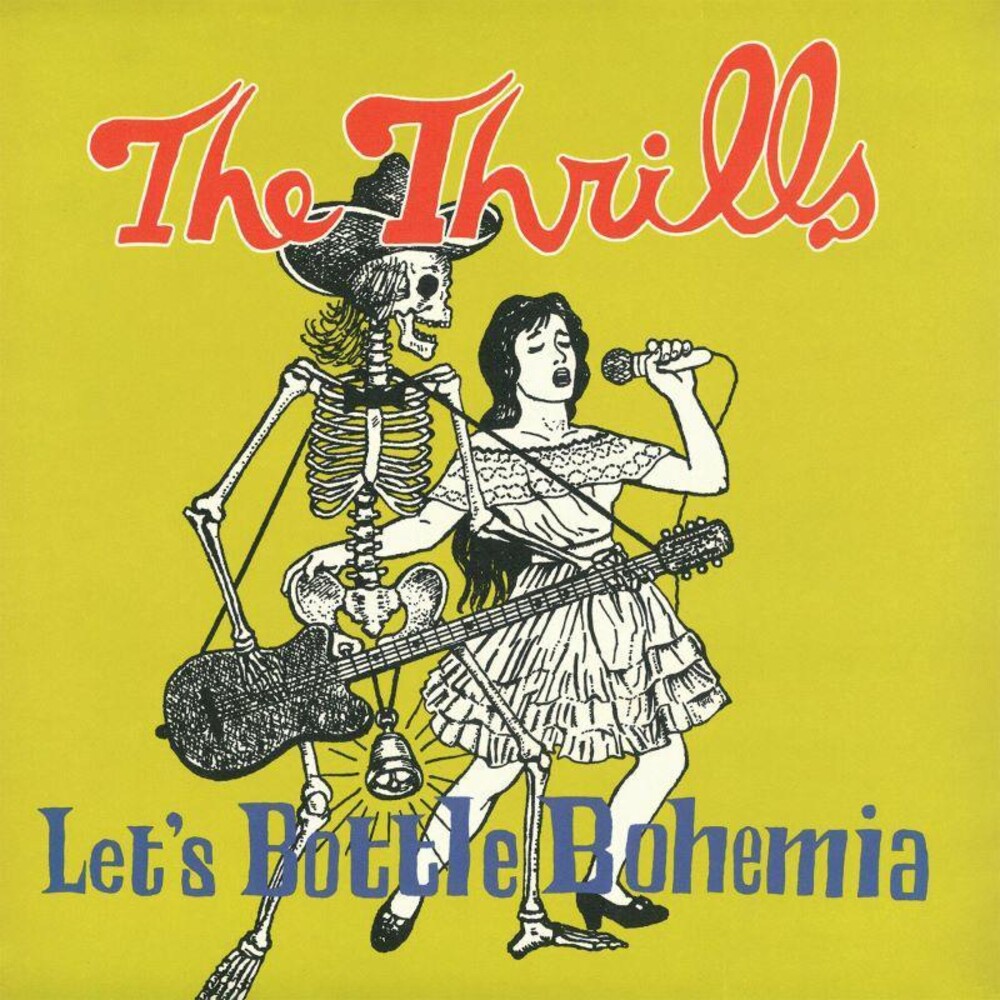 DISC: 1
1. Tell Me Something I Don't Know
2. Whatever Happened to Corey Haim?
3. Faded Beauty Queens
4. Saturday Night
5. Not for All the Love in the World
6. Our Wasted Lives
7. You Can't Fool Old Friends with Limousines
8. Found My Rosebud
9. The Curse of Comfort
10. The Irish Keep Gate- Crashing
11. A City of Long Nights
12. The Irish Keep Gate-Crashing (Reprise)

Let's Bottle Bohemia is the second album from the melodic Dublin-based rock band The Thrills - Originally released on Virgin in September 2004, it marked a significant step forward from the group's debut album, So Much For The City, released over a year previously. Led by childhood neighbours, vocalist and lyricist Conor Deasy and guitarist. Daniel Ryan, when The Thrills emerged from Dublin in 2002, their honey- kissed American-leaning pop seemed like a breath of fresh air. The music world agreed - Santa Cruz (You're Not That Far) was chosen by NME as their best single of the year. By 2004, the band were living the dream, relocating to LA and recording Let's Bottle Bohemia with Johnny Cash and Slayer producer Dave Sardy. It is easy to assess quite how high The Thrills' stock was at this time - when you have Peter Buck and Van Dyke Parks guesting on your album, you've reached a certain standing. It also features orchestration from Michel Colombier, the arranger working his magic on the standout ballad Not For All The Love In The World and the album's big hit Whatever Happened To Corey Haim? For lovers of tuneful indie with generous dashes of Americana, Let's Bottle Bohemia is a must-have. This re-issue faithfully replicates the original 2004 Virgin Records UK release with it's bonus 7" single and printed inner and is pressed onto high quality 180gm vinyl.