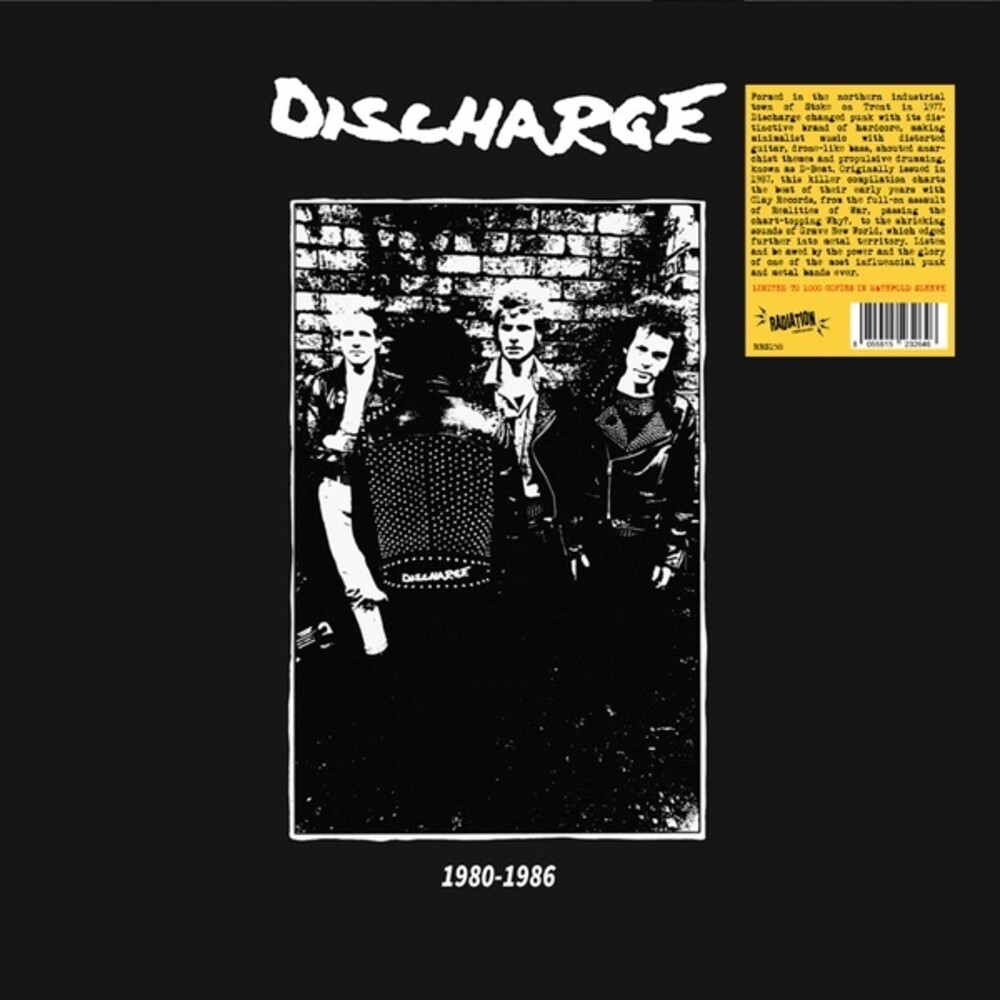 Vinyl LP pressing in gatefold jacket. Reissue. Formed in the northern industrial town of Stoke on Trent in 1977, Discharge changed punk with it's distinctive brand of hardcore, making minimalist music with distorted guitar, drone-like bass, shouted anarchist themes and propulsive drumming, known as D-Beat. Originally issued in 1987, this killer compilation charts the best of their early years with Clay Records, from the full-on assault of "Realities of War", passing the chart-topping "Why?", to the shrieking sounds of "Grave New World", which edged further into metal territory. Listen and be awed by the power and the glory of one of the most influential punk and metal bands ever.