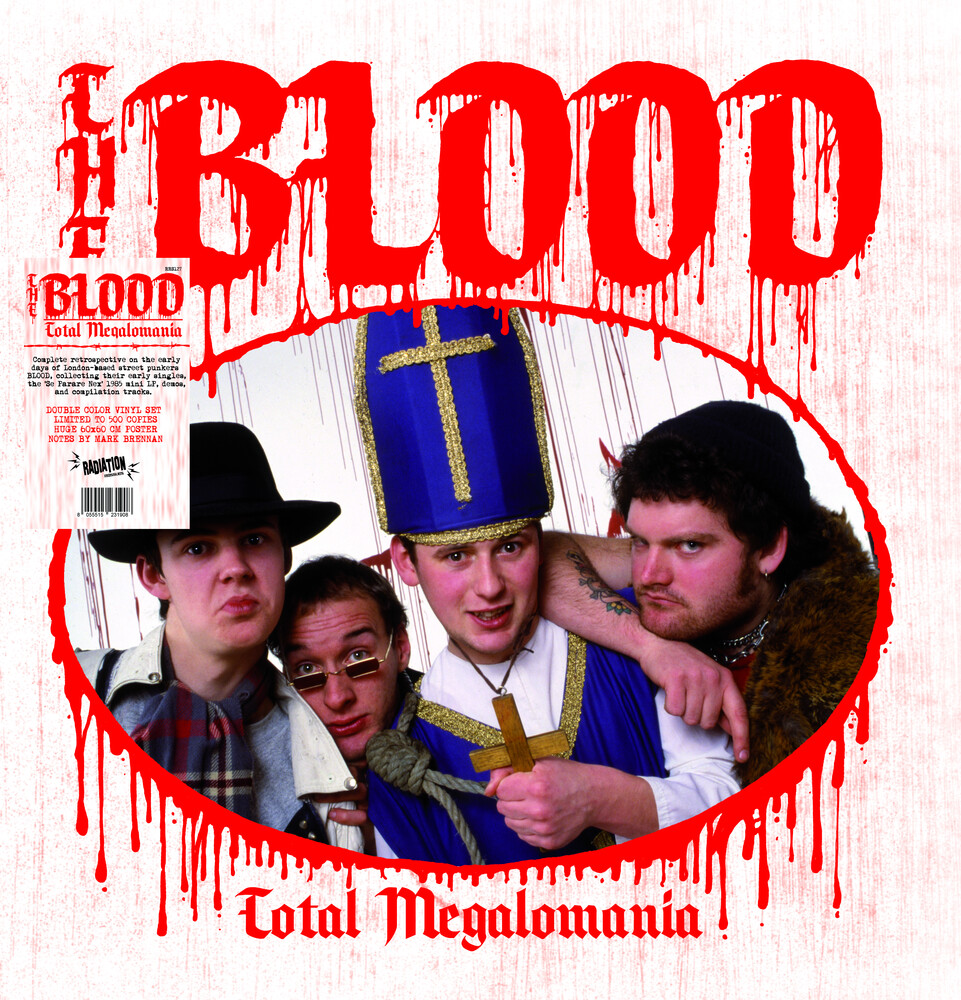 (2-LP set) Legend has it that The Blood were 'discovered' by Cockney Rejects vocalist Jeff 'Stinky Turner' Geggus on the top deck of a bus in Charlton. What they were all doing on the South East London bus has never been fully explained! Still, it was Jeff who introduced Coming Blood (as they were then known) to 'Sounds' journalist Garry Bushell and, suitably impressed, he offered them a spot on the fourth volume of the Oi! Compilation series, "Oi! Oi! That's Yer Lot". It wasn't just the Punk scene that took to the band, the more open minded in the Metal fraternity also embraced them, making them one of the first Punk-Metal crossover bands, equally at home with followers of the Anti Nowhere League or Motorhead. Though the initial career of The Blood may only have been brief, the two singles, 12" and album they released have all stood the test of time, many of the songs later covered by bands not even born when they were first recorded! Respect. This compilation includes all their singles and rare early tracks, all remastered and packed with exclusive unseen photos, with liner notes by Business' bass player and Captain OI! #masterming Mark Brennan.