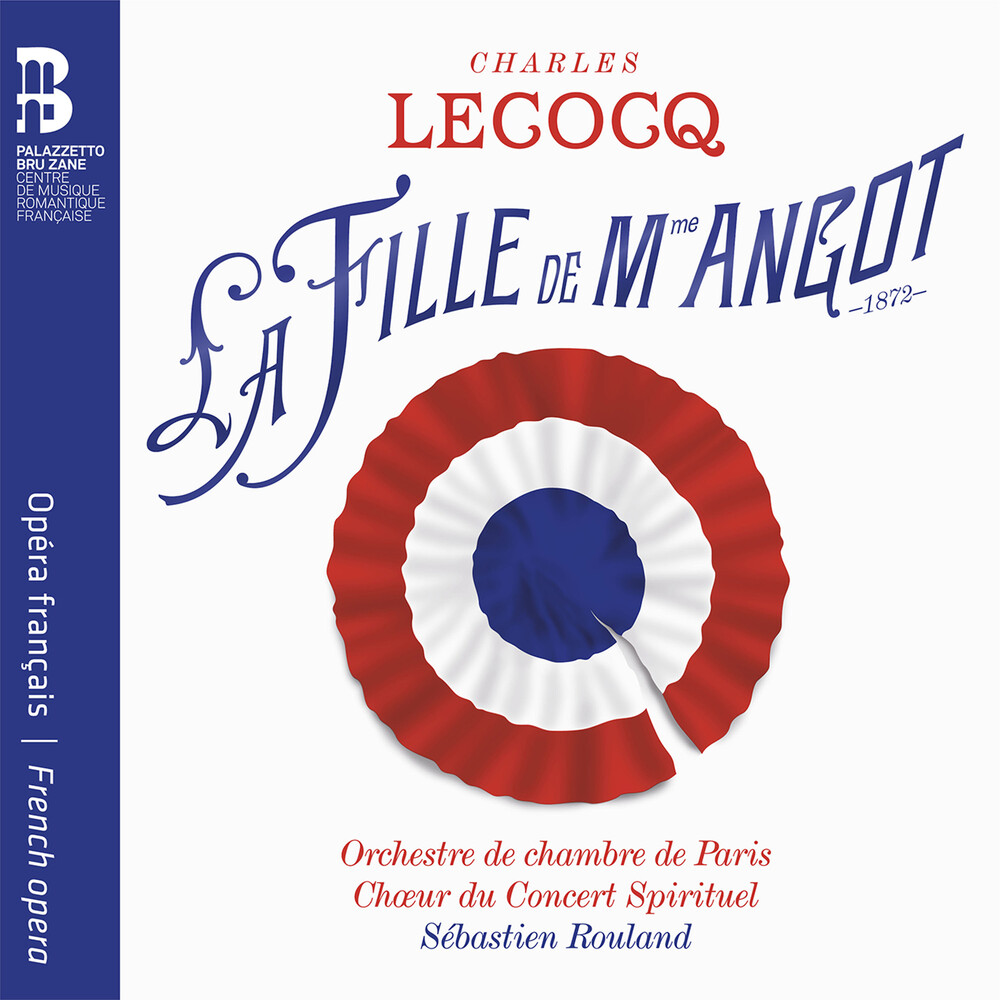 La Fille de Madame Angot, an opéra-comique in three acts, was premiered at the Théâtre des Fantaisies-Parisiennes in Brussels on 4 December 1872 before scoring a similar triumph in France on 21 February 1873. In the Paris of the Directory period, Clairette Angot, an orphan raised by the people of Les Halles market, falls in love with the songwriter Ange Pitou. But, after many amorous and political plot twists, she resigns herself to marrying the wigmaker Pomponnet. Lecocq's score, with it's succession of hit numbers, created such enthusiasm that it enjoyed a run of more than four hundred performances at the Folies-Dramatiques, before conquering the French provinces and then the whole world in various translations. The work is still a relatively popular staple of the light operatic repertory even today. The Palazzetto Bru Zane here presents the first recording of the original version, with it's unusual orchestration and several numbers that have fallen into oblivion.