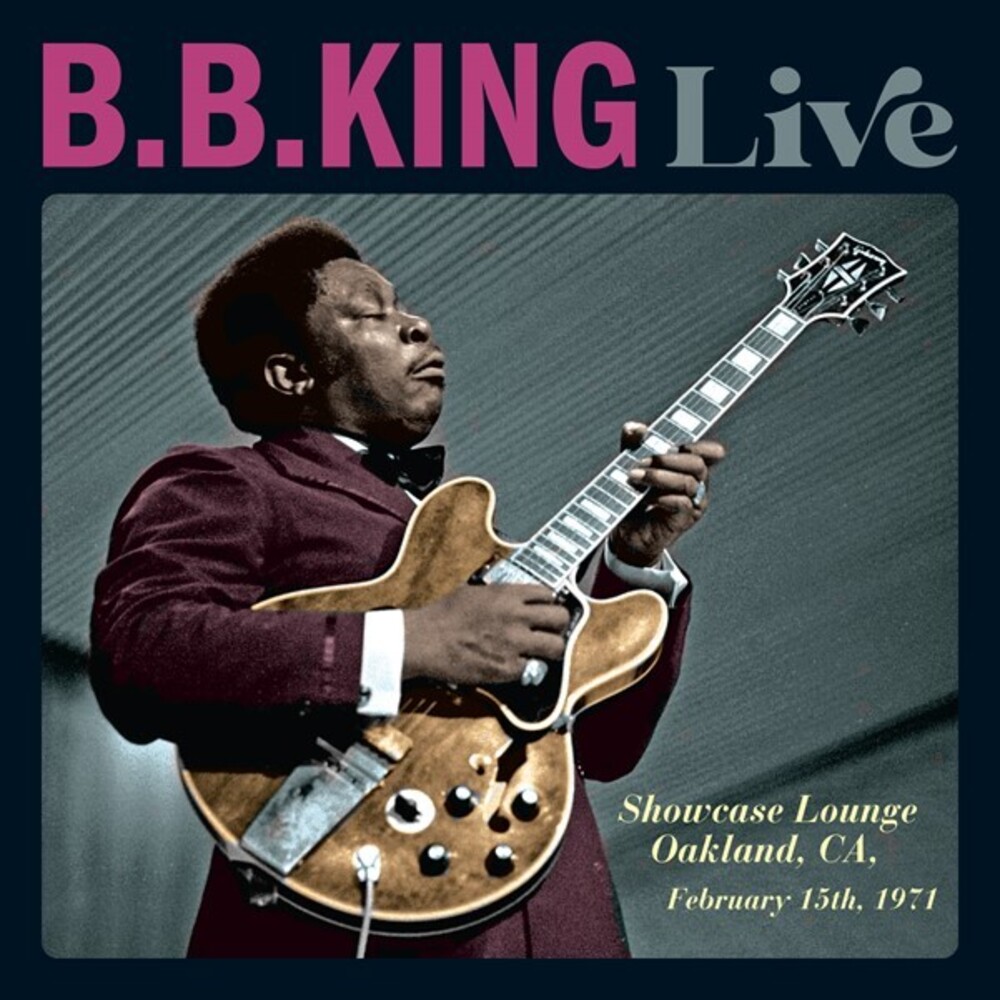 Riley B. King, known professionally as B. B. King, was an American blues singer-songwriter, guitarist, and record producer. He introduced a sophisticated style of soloing based on fluid string bending, shimmering vibrato and staccato picking that influenced many later blues electric guitar players. King was inducted into the Rock and Roll Hall of Fame in 1987, and is one of the most influential blues musicians of all time, earning the nickname "The King of the Blues", and is considered one of the "Three Kings of the Blues Guitar" (along with Albert King and Freddie King, none of whom are blood related). King performed tirelessly throughout his musical career, appearing on average at more than 200 concerts per year into his 70s. This release brought to you at mid-price is a radio broadcast of a performance by BB King and his band at The Showcase Lounge, Oakland, California on 15th February 1971. Band members on this occasion were Ron Levy (keyboards), Wilbert Freeman (bass), Eddie Rourke (trumpet), Earl Turpenton (alto sax), Louis Hubert (tenor sax), Sonny Freeman (drums), Joe Burton (trombone) and John Browning (trumpet).