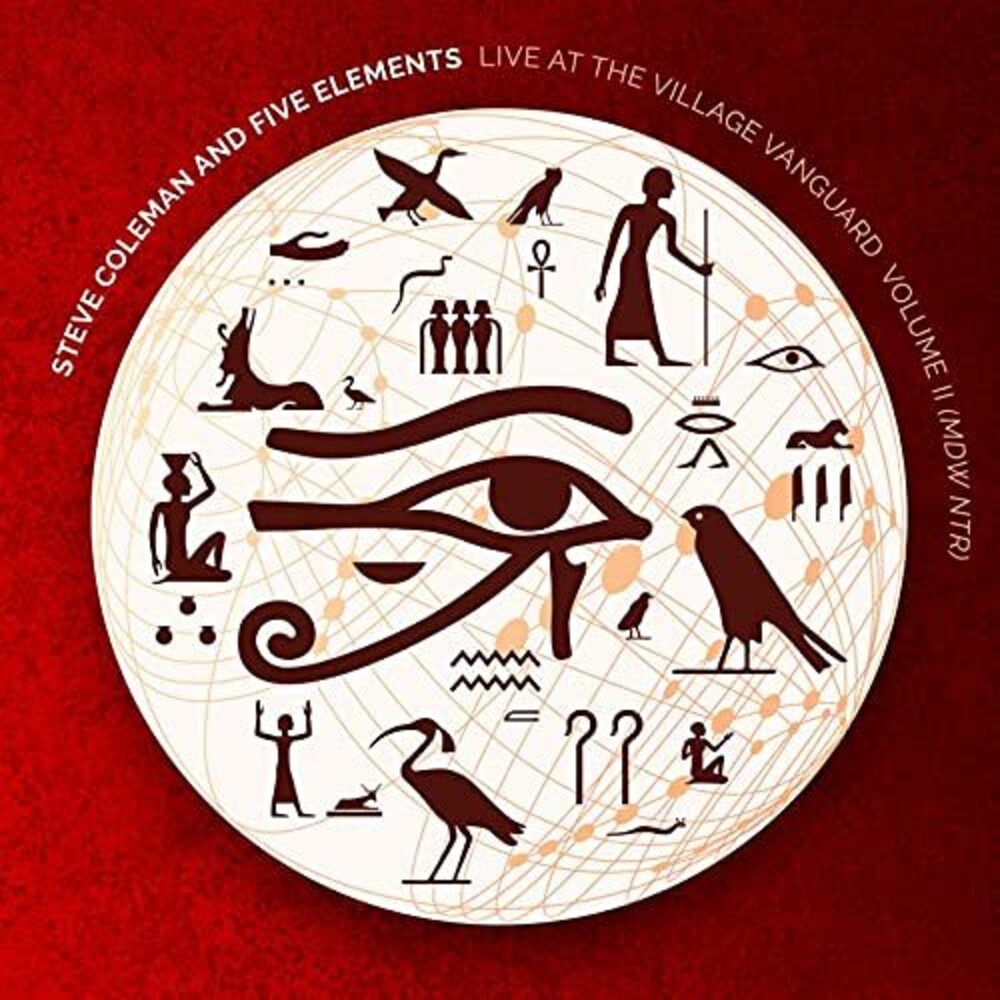 Live at the Village Vanguard, Volume II (Mdw Ntr) finds alto saxophonist and MacArthur fellow Steve Colemanreturning to that legendary New York venue with his flagship band Five Elements in two sets that fully capture the group's incendiary live experience. Pushed by Coleman to perform as spontaneously as possible, the result is frenetic improvisation that is constantly teetering on edge, yet somehow still retaining form and structure, an effect that is only possible due to the intuition and near-telepathic level of communication that the ensemble has honed through hundreds of sets played together over the decades. The sets feature a combination of old Coleman standards and new works that reflect his recent practice of composing whereby the forms are derived spontaneously while he visualizes various motions and shapes. For this recording, the compositions were inspired by the shapes and symbolism of the Mdw Ntr, a transliteration of the Kemetic writing system, usually called hieroglyphics. Featured prominently is the masterful spoken word artist Kokayi, who brings a freewheeling, rhythmically-acute, almost tent revival aesthetic to the proceedings and whose appearance is most likely the first time that a rapper has performed at the venerable club. Inspired by the Vanguard's magical vibe, the band is absolutely on fire, with sets that are intense, raw, and playful, and, as always, propelled by a powerful groove that is the hallmark of Coleman's music.