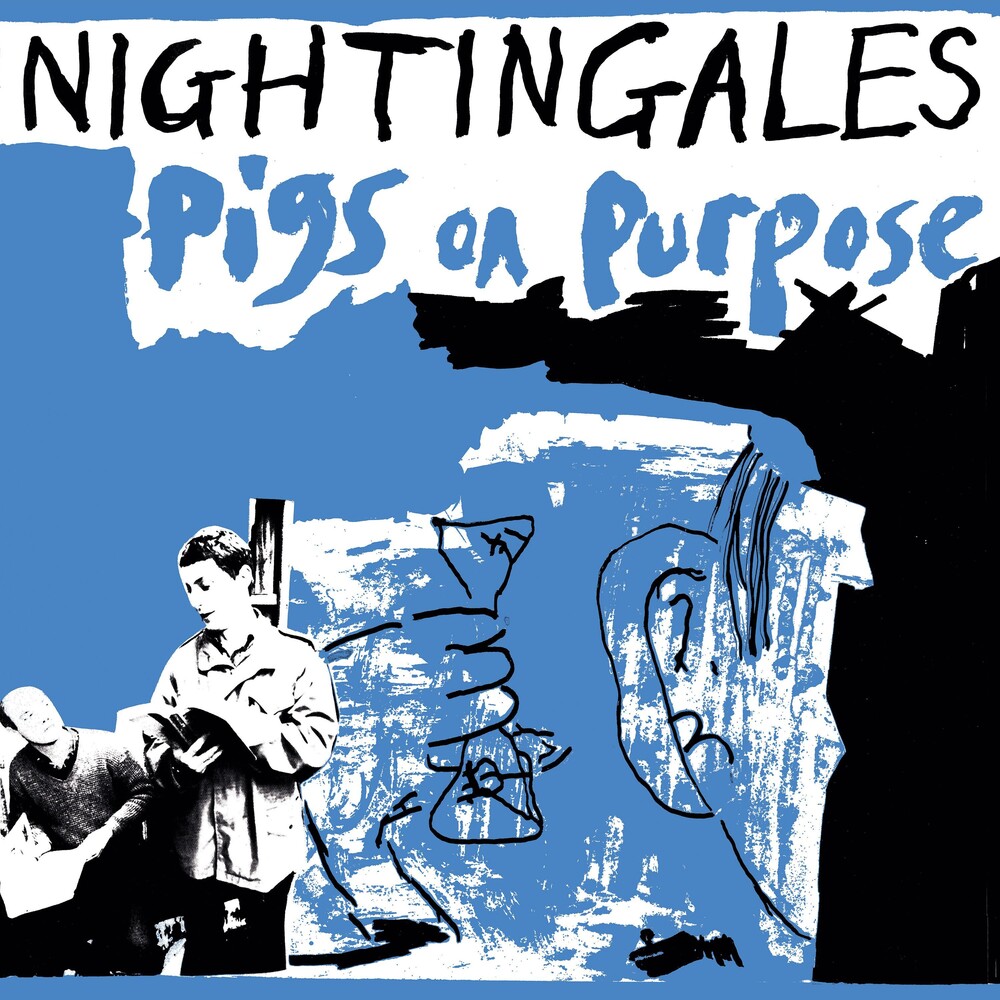 Double BLUE vinyl, Gatefold sleeve, Dl card with Bonus tracks. Ripe for rediscovery is the sought-after and much acclaimed debut album from seminal Birmingham post punk revolutionaries The Nightingales. This newly expanded 'Pigs On Purpose' was remastered by Stuart Moxham with the addition of early demos and non-album singles from this period. The reissue coincides with new 'King Rocker' documentary celebrating the life of lead singer Robert Lloyd - a film by Michael Cumming (Brass Eye, Toast Of London), comedian Stewart Lee and James Nicholls (Fire Films, Fire Records). An early punk classic, The Nightingales' debut was a strange transmission released as the musical landscape was changing. They were the last important band with roots in the first blossoming of punk and became a major influence upon the explosion of mid-80s indie labels and associated bands.