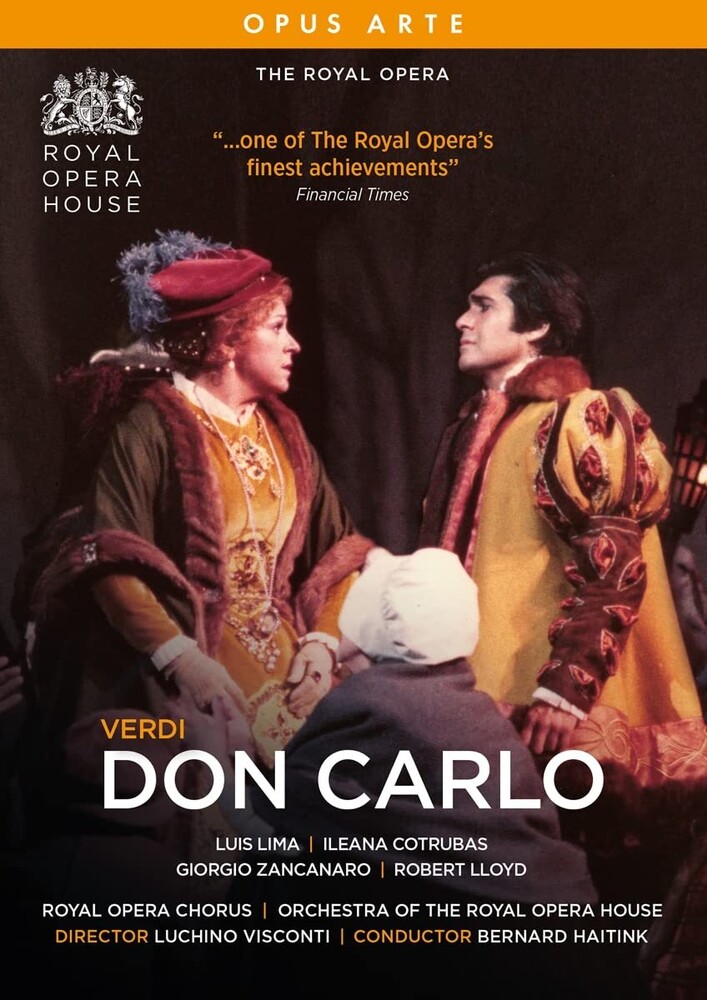 Verdi was commissioned by the Paris Opera to write Don Carlo to a French libretto. The source material was a dramatic play by Schiller and the work premiered as a five-act grand opera in March 1867 under the title Don Carlos. Set in the 16th century, it's subject is Carlo, the son of Spain's King Phillip II, and his love for Elizabetta, whom Philip later marries. The nature of the crises and conflicts Carlo faces, personal and political, drive the drama with unremitting intensity. In 1958 the celebrated director Luchino Visconti was invited by the Royal Opera House, Covent Garden to stage his first opera outside Italy. The choice was the five-act Italian-language Don Carlo and the spectacular production was pivotal in establishing this version as a repertoire piece. In 1985 the Royal Opera House once again presented it's Visconti production with Bernard Haitink memorably directing a superb cast that includes Ileana Cotrubas at the height of her powers and Luis Lima, unequalled in his tortured introspection, in the title role.