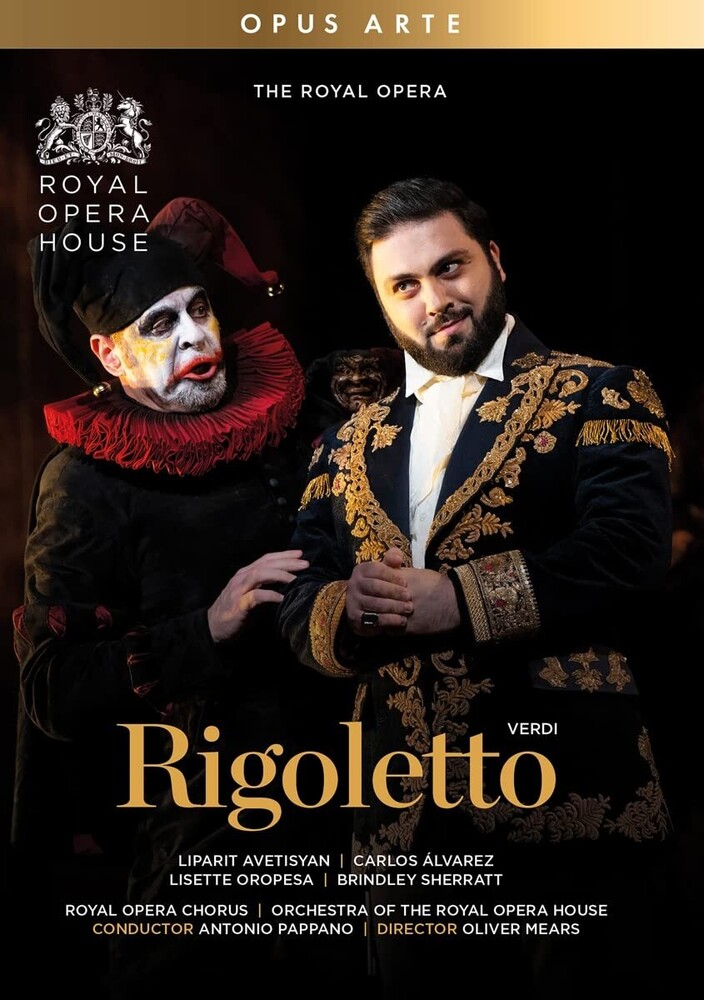 Rigoletto is the sharp-tongued jester to the serial womanizer, the Duke of Matua. But when the Duke turns his seductive ways towards Rigoletto's daughter, Gilda, the jester learns that he is powerless to protect her. What follows is an epic tale of deceit, revenge and, above all, love. Director Oliver Mears makes his Royal Opera debut with his 'thrilling new production' (The Times), which frames Verdi's masterpiece as a modern morality play, pitting power against innocence in a decadent world of corruption and social decay. Antonio Pappano conducts an outstanding cast that includes an 'utterly compelling' Carlos Alvarez in the title role, Lisette Oropesa as 'a matchless Gilda' (The Guardian) and tenor Liparit Avetisyan as the Duke of Mantua.