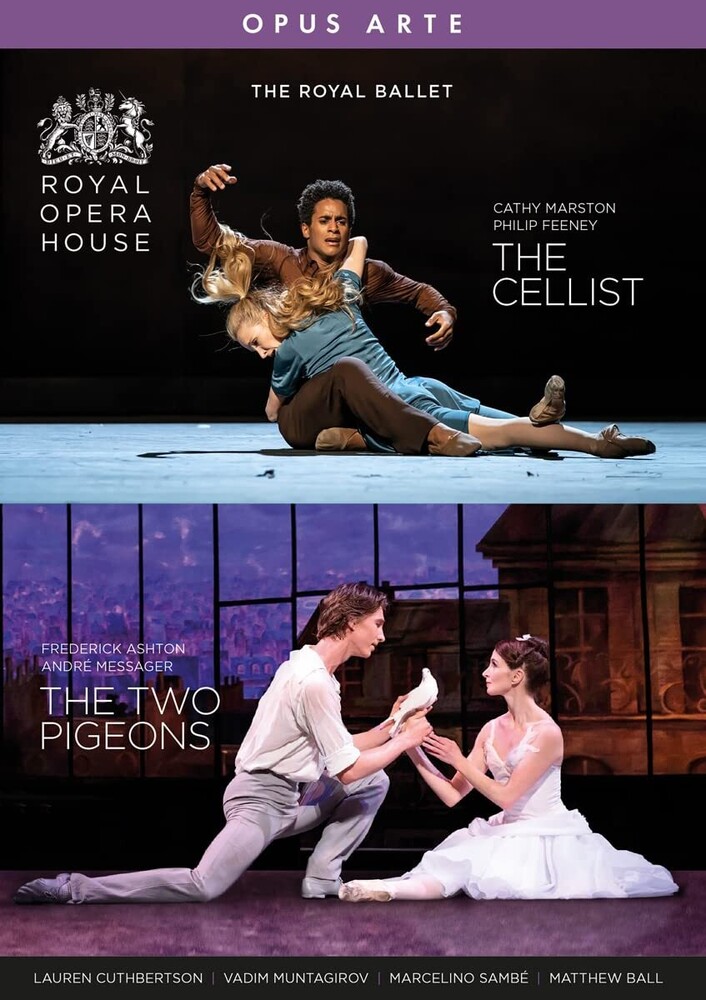 This special release brings together two compelling works showing the dramatic range of Lauren Cuthbertson, and The Royal Ballet. Internationally acclaimed choreographer Cathy Marston, previously Associate Artist of The Royal Opera House and Director of Bern Ballett, created The Cellist for The Royal Ballet in 2020. The inspiration for her first work for the Royal Opera House Main Stage is the momentous life and career of cellist Jacqueline du Pré - from her discovery of the cello and her celebrity as one of it's most extraordinary players, to her pain, frustration and struggle with multiple sclerosis. Composer Philip Feeney incorporates some of the most moving and powerful music for cello by Elgar, Beethoven, Fauré, Mendelssohn, Piatti, Rachmaninoff and Schubert into an exquisite score that is itself an homage to the cello. In The Two Pigeons, Lauren Cuthbertson and Vadim Muntagirov lead a charismatic cast in Ashton's poignant and heart-warming reflection on love, based on an old French folk tale and first performed on Valentine's Day 1961. Created by the Company's Founder Choreographer, this recording captures The Royal Ballet's famous skill and distinctive style as Barry Wordsworth conducts the Orchestra of the Royal Opera House in Messager's rapturous score.