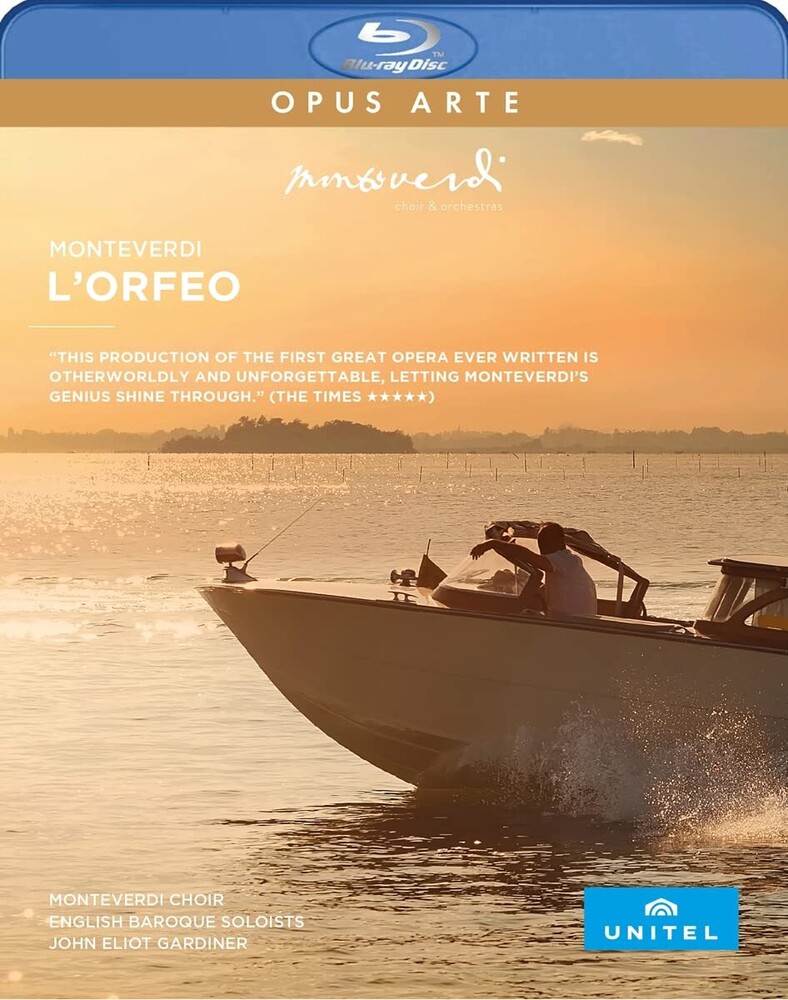 Opera was in it's infancy when Monteverdi wrote L'Orfeo, only six years after the first example of a drama set wholly to music had been performed in Florence. He brought to the work a revolutionary synthesis of text, staging and musical architectural that virtually defined the future of opera. John Eliot Gardiner first conducted L'Orfeo at the Proms in London in 1967. For decades he has been at the forefront of Monteverdi performance and scholarship and in 2017, the 450th anniversary of Monteverdi's birth, and the 50th anniversary of his own first performance of the opera, he undertook the crowning achievement of his association with the composer, an odyssey to perform all three surviving full-length operas. This performance of L'Orfeo was given at the historic Teatro La Fenice in Venice - which has seen triumphant premieres of works by Rossini, Donizetti, Verdi and many others - in a critically acclaimed semi-staged production.