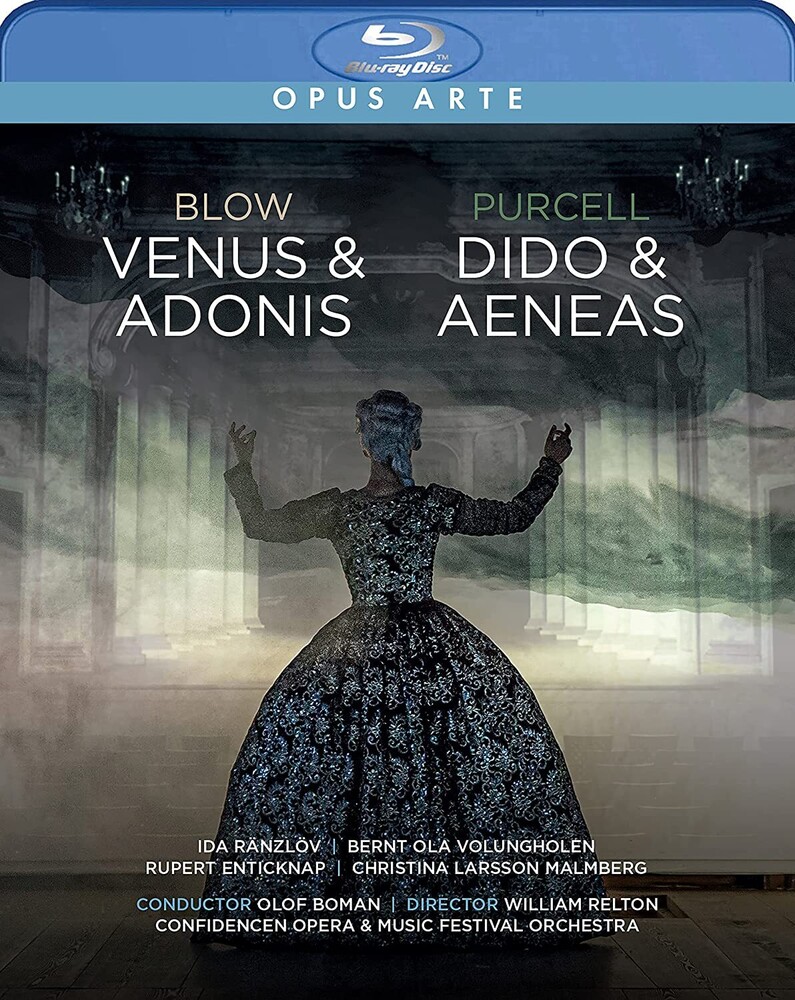 Two classic court operas are brought together to tell the stories of love, be it between gods or royalty in the historic Confidencen Theatre, Sweden. Venus & Adonis, composed in 1683 by John Blow, is considered the earliest example of English opera. It tells the enchanting story of two mythical lovers and their cruel fate in scenes reaching from light-hearted comedy to heartfelt despair. Henry Purcell's Dido & Aeneas from 1689 has become one of the most famous and beloved operas from the Baroque era, with it's sumptuous music, dramatic plot and it's themes of love, friendship, jealousy, and cruelty. The opera is perhaps best known for Dido's painfully beautiful lament When I am Laid in Earth.