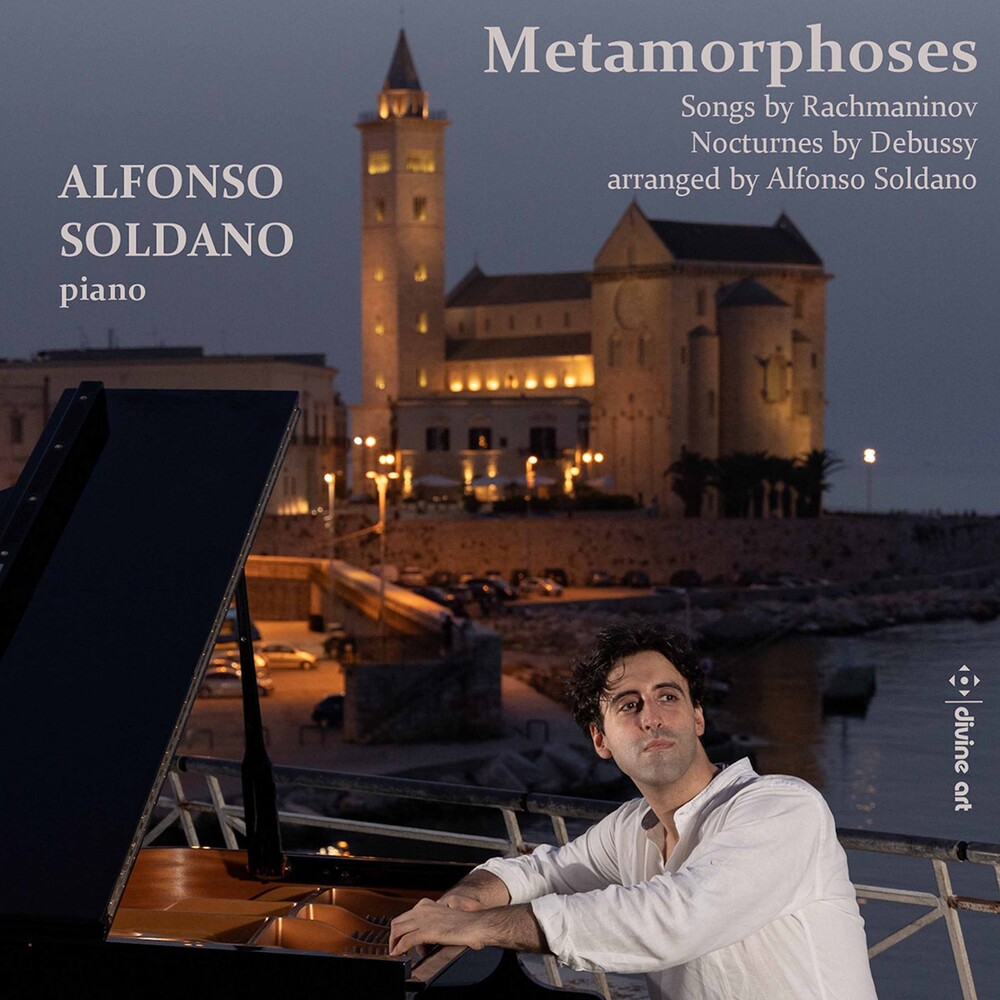 Alfonso Soldano is professor of piano performance at the Giordano Conservatory in Foggia, Italy, following similar posts at Santa Cecilia Academy in Rome and in Trani. He was a favorite student of Ciccolini and is renowned for his virtuosity. He was awarded the International Gold Medal for 'Best Italian Artist' in 2013 and has won many other competitions, and is also a busy writer and transcriber. His previous recordings for Divine Art, of the music of Rachmaninoff, Bortkiewicz and Castelnuovo-Tedesco, received glowing reviews. He has performed and given masterclasses all around Italy, and in Germany, Switzerland and Romania, and post-Covid is planning a wider international concert schedule, hoping to tour the USA. His Rachmaninoff is especially magical. He has transcribed 15 of the composer's romantic songs for solo piano in three books of 'Romances' which he performs here with works by Debussy which Soldano has also transcribed. The album is a glorious, sumptuous immersion in late Romantic and Impressionist music which will appeal equally to classical experts and the wider general public. It is a collection of sheer beauty.