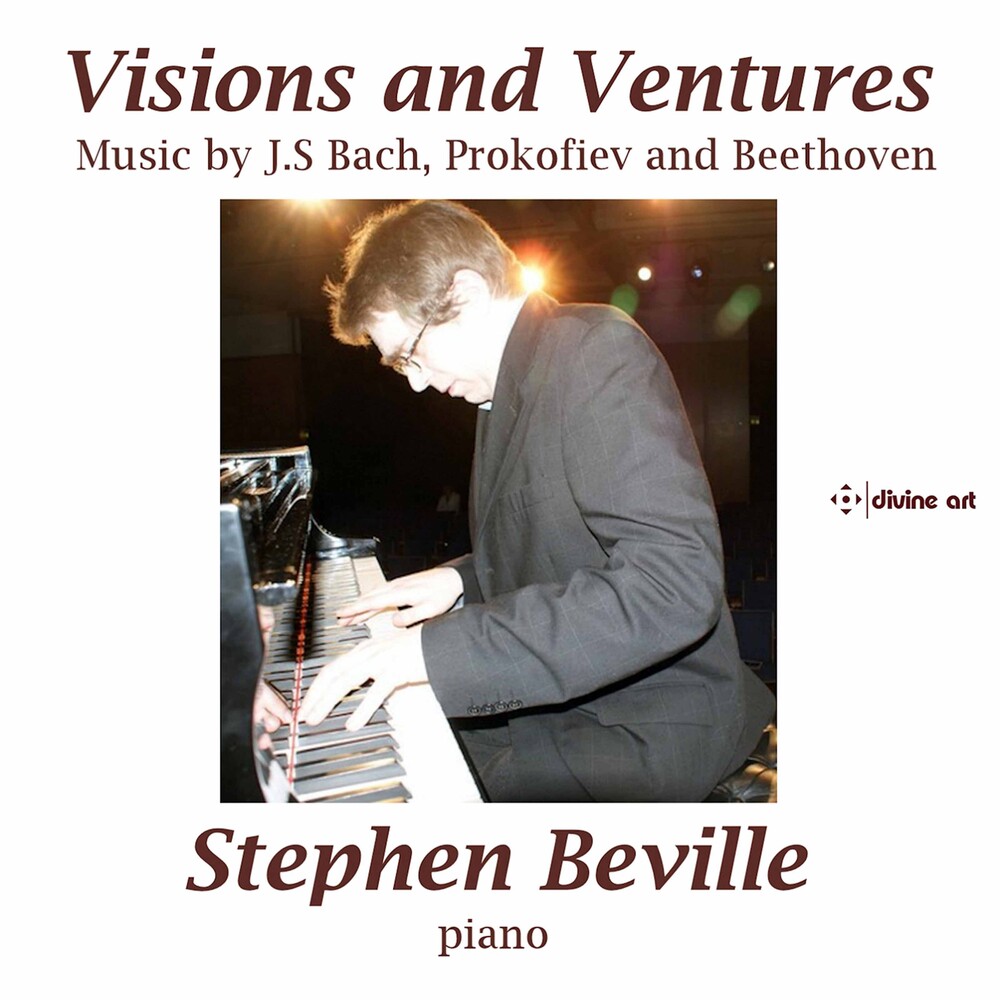 Works from three different musical eras seemingly unconnected - but in the mind of Pianist Stephen Beville very linked - hence the album title - as inspired by Visions and Ventures: Bach always a visionary musically and guided by his religious faith; Beethoven venturing into Romanticism with revolutionary ideas and optimism for a better world; Prokofiev caught up in the unrest in pre-revolutionary Russia, sketching pieces to escape the political turmoil - at least in his imagination. The Visions Fugitives come from a composer in his mid-twenties, just graduated and full of musical confidence, and are typically Prokofievian while some contain radical modernist elements. The Beethoven Sonata is likewise the work of a young 26-year old. It is full of playful invention and optimism and is perhaps one his most appealing works. Stephen Beville was acclaimed in 2010 as 'one of the most talented young musicians to emerge from the UK'. (Frankfurter Neue Press). His interpretations have been compared to Arrau, Rubinstein and Ax. Rock-solid technique and virtuosity while avoiding showmanship have informed his playing from student days at the Junior Royal Academy in London from age 11, tutoring from the great Peter Katin, and postgraduate studies at the Royal Northern College of Music in England and the Hochschule für Music in Karlsruhe. He has performed in many international festivals. As well as a firm grounding in classical and 20th century repertoire, Stephen Beville is also a busy composer, his works having been performed by several leading new-music ensembles.