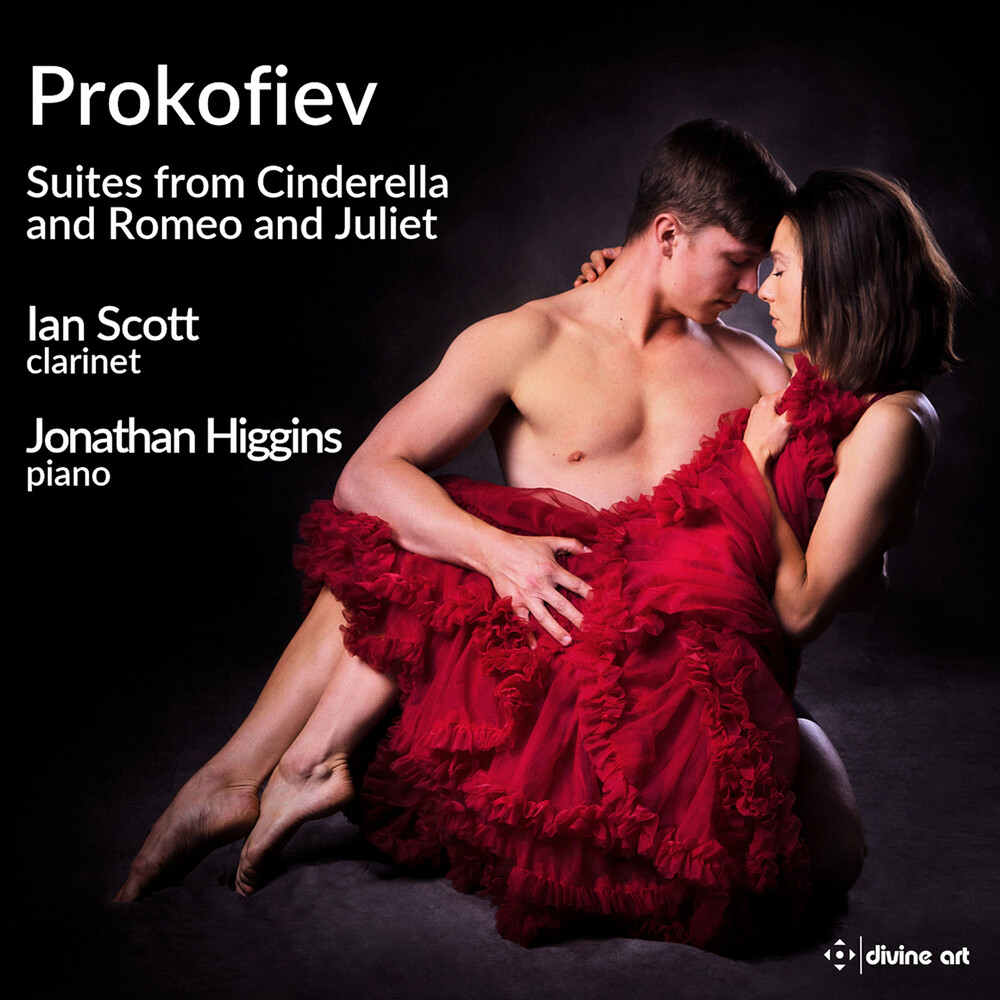 Of the major works of Sergei Prokofiev, none (apart perhaps from Peter and the Wolf) have become so well loved by a wide audience as the ballets Cinderella and Romeo and Juliet. From the stage productions, to the orchestral suites, to the piano versions, many of these pieces are universally recognized. In the 1950s, four pieces from each ballet were arranged for clarinet and piano by Bronislav Prorvich, a clarinetist with the Bolshoi Theatre. Strangely, so far as we know, these sparkling arrangements have never previously been recorded. Ian Scott and his producer Malcolm McMillan have added a further 12 movements from the ballets, many of which strongly featured the clarinet in the original orchestral version. This has resulted in a lovely collection of pieces that are at once very familiar but also heard in a completely new light.