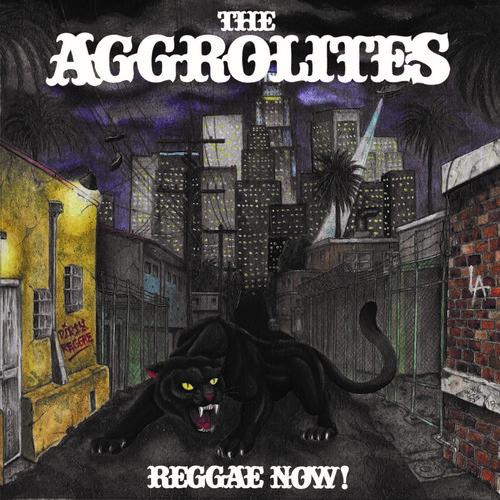 You can't keep a good band down. With ceaseless, unwavering fan support, The Aggrolites reconvened in late 2015 to lay down three songs, ''Aggro Reggae Party,'' ''Help Man'' and ''Western Taipan,'' which reminded them that, hey, they're still pretty damn good at this. They never gave up, thankfully! That one-off recording session was the spark that eventually created this album, certainly their best to date. REGGAE NOW! is the Aggrolites' sixth full-length, and first with Pirates Press Records. Written and recorded throughout 2018, the album finds these architects of ''Dirty Reggae'' re-establishing their signature sound, re-recording those three songs from 2015 as well as adding on 11 more originals that snap, crackle and pop just as much as your favorite Aggro songs from back in the day. While it took nearly a decade to get the Aggrolites back into a cohesive creative headspace, it took a fraction of the time to actually lay down music--the band knocked out all the basic rhythm tracks for REGGAE NOW! in one day in early 2018. ''We like to do it old-school, like a Motown band,'' ''Their tunes perfectly echo the human chemistry you can hear in those early Jamaican productions,'' says reggae icon Don Letts. ''The band's old-school analog sound totally captures the spirit of the music I grew up on.'' ''The Aggrolites have stretched out, and gotten it even more right, at exactly the right time,'' agrees Lynval Golding, vocalist/guitarist for Two-Tone legends the Specials. ''This is THE album.'' With the needle dropping on REGGAE NOW!, The Aggrolites will hit the road this summer for their first full U.S. tour in six years, and head to Europe for an equally impressive stint later in the year. The Aggro Army is excited to get back in the groove. ''We're passionate about reggae, we're passionate about our band, and I don't think we're ever gonna stop,'' Wagner concludes. ''Everybody clicks right now. That's why we're calling it REGGAE NOW!--because this is us NOW.''