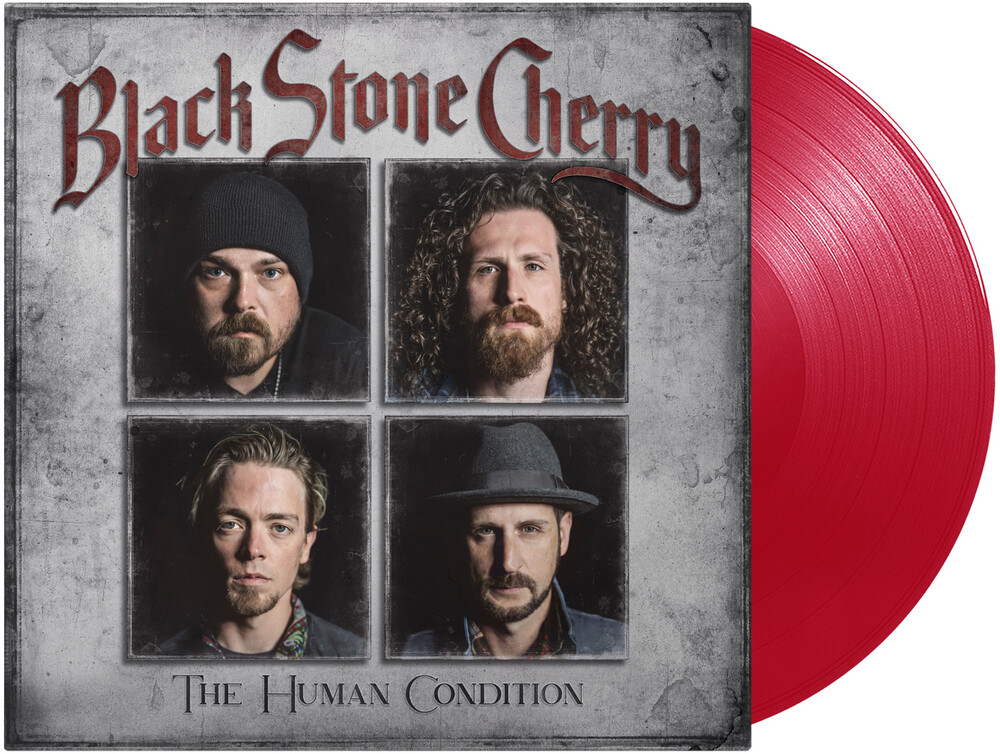 Limited red colored vinyl LP pressing. As the world plummeted into the COVID-19 pandemic, the four members of Black Stone Cherry were nestled deep in the woods of Kentucky, scrambling to complete their seventh album. There, they could feel the disease closing in as they watched the news daily, and it became apparent the album they were finishing featured lyrics that were eerily prescient. The resulting 13-track record is broadly emotive, and anthemic. It was finished just before the global lockdown was imposed, and it's aptly titled, The Human Condition. Self-produced and tracked in bassist Jon Lawhon's recording facility, Monocle Studios, in March 2020, the band went in with four songs, wrote new songs, and recorded some beloved unreleased favorites. For the first time, the group opted to not record basics live and instead meticulously multitracked. Each member endured grueling sessions to ensure the collective studio mindset of achieving "epic performances." The results are stunning - the grooves feel organic, the riffs are mountainous, the performances are urgent, and the hooks shine through gloriously.