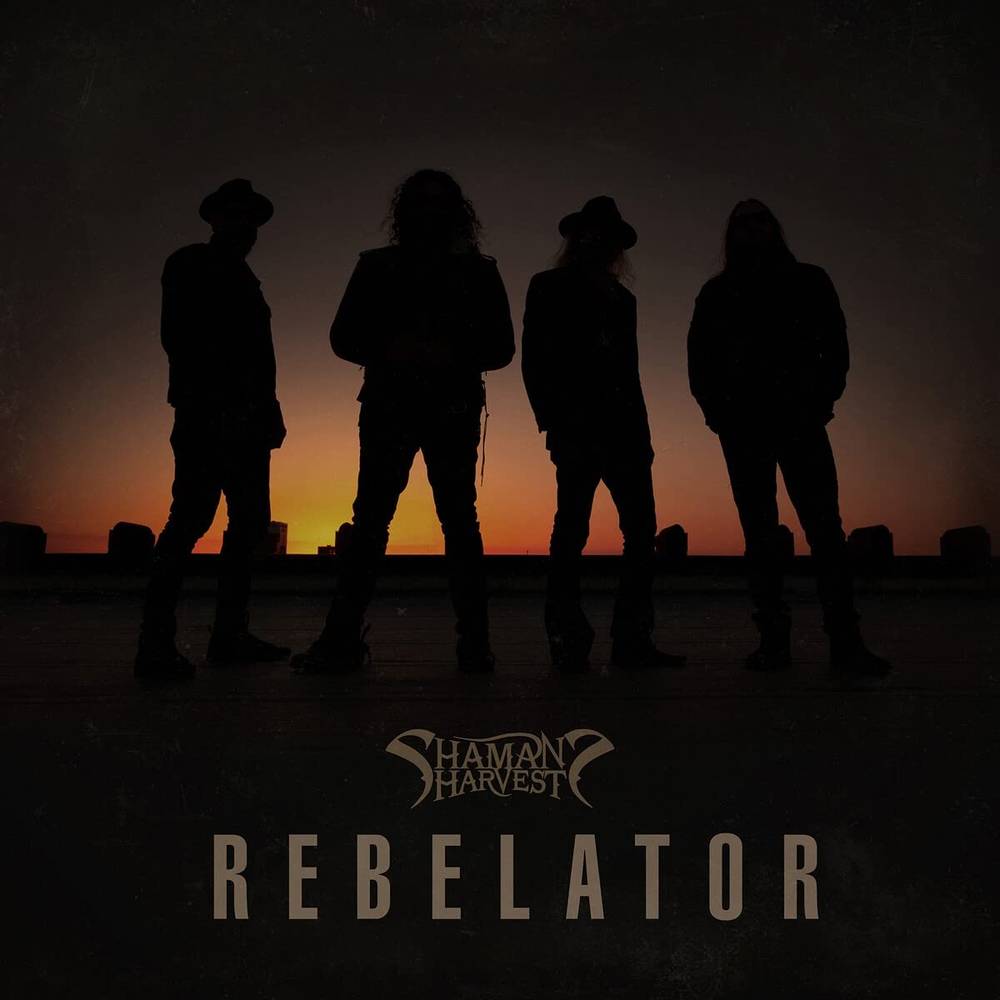 The storyline seems obvious: The Missouri based hard-rockers, Shaman's Harvest, assembled this project during a global pandemic that debilitated the entire music industry. "This was the hardest record we've ever made, on every level," says the lead singer Nathan Hun. "Hard" has kinda been universal lately. But the road to 'Rebelator' was even rockier than the band expected: natural disasters, logistical nightmares, an extreme case of collective writer's block. "We struggled the whole way," Hunt adds with a gruff bari-tone chuckle. "It was an interesting process for sure." Luckily, they had time on their side. After a couple grueling years of touring behind their last album, 2017's Red Hands Black Deeds, Shaman's Harvest were creatively and personally drained. So, founding mem-bers Hunt and Hamler, along with guitarist Derrick Shipp and drummer Adam Zemanek-hit the reset but-ton hard, clearing out six months for demo construction at their Jefferson City rehearsal space. Shaman's Harvest persevered, of course, and wound up with their richest, most well-rounded album to date-a natural progression from Red Hands Black Deeds, 2014's Smokin' Hearts & Broken Guns and 2009's Shine, which featured the breakout single "Dragonfly." In keeping with the spirit of those last three albums, the band aimed to, in Hunt's words, "de-genre-fy" their music-aiming beyond the rote contemporary rock-metal formula to add sublet arrangement quirks. "We were able to stretch our legs a little bit," says Hunt. "We don't want to limit ourselves when we're in the stu-dio," Hamler interjects. "We want to try things or take some chances and find a way to make it work. We're all artists, and nothing destroys art like monotony."Shaman's Harvest and Mascot Records are set to release the band's seventh studio album, 'Rebelator', available everywhere March 25th, 2022.