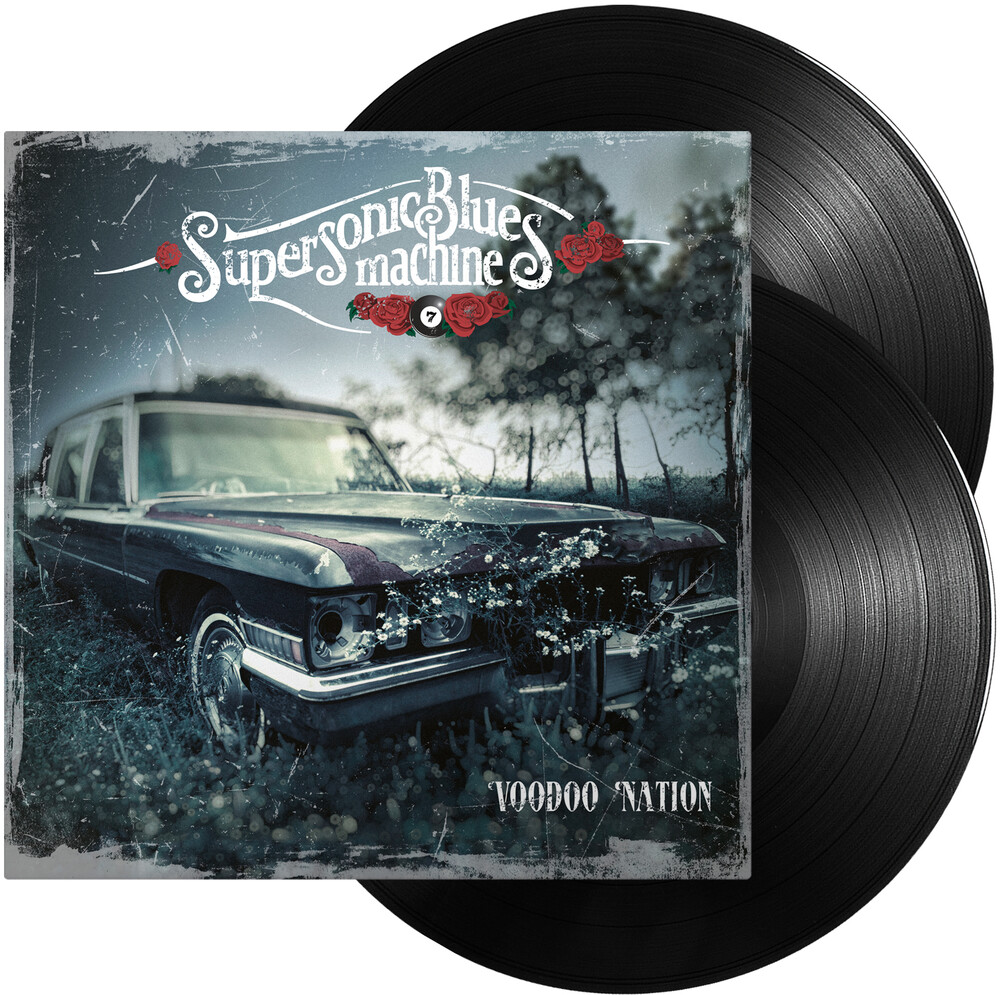 Double vinyl LP pressing. 2022 release featuring special guests Charlie Starr (Blackberry Smoke), Eric Gales, Joe Louis Walker, Ana Popovic, Kirk Fletcher, King Solomon Hicks, Josh Smith, and Sonny Landreth. "The general discontent in the world at the moment is so widespread, we get told to embrace it because that's life," says bassist Fabrizio Grossi. "No, that's not life," he asserts. "It's how we're forced to live nowadays. Voodoo Nation refers to the times we're living in, at least here in the States, but I guess the whole world can relate. We're getting to the point where we're living out life almost as Zombies. We're little machines." But there is always hope, which is what Supersonic Blues Machine has always been about.