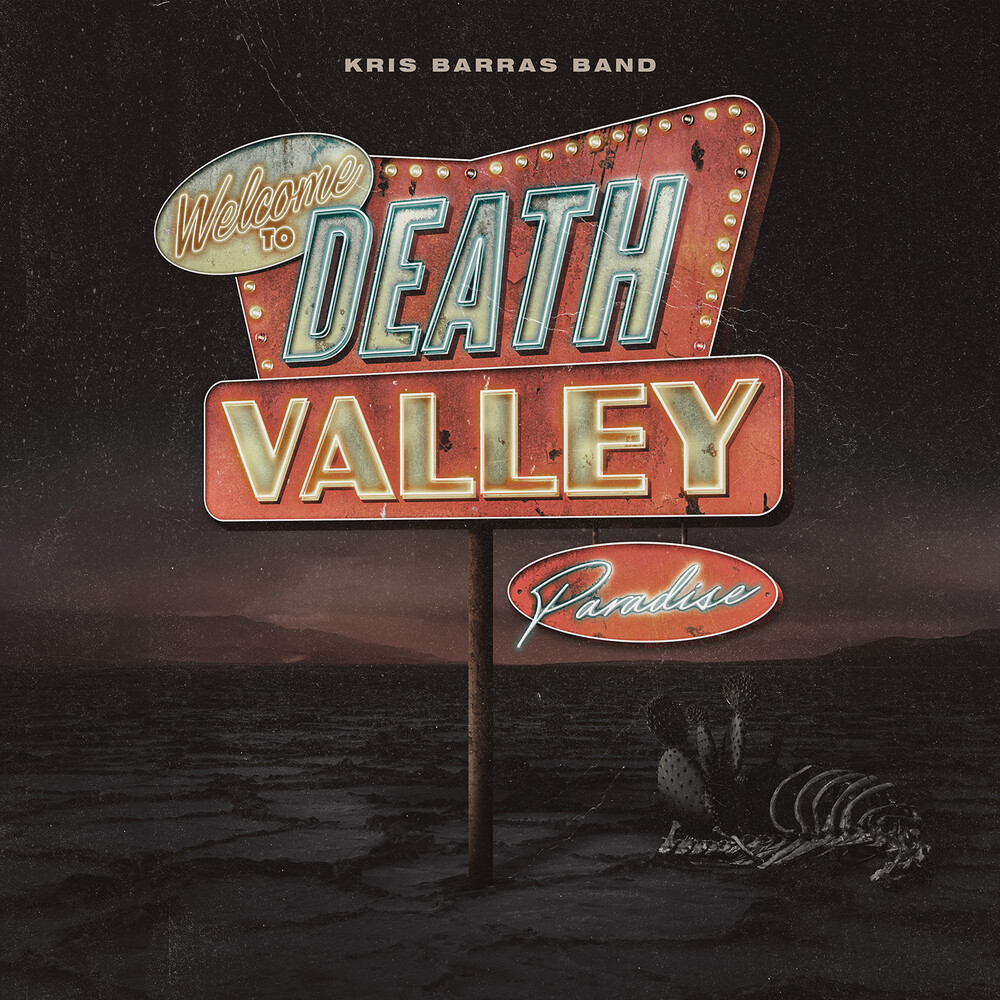 Steamrolling into the end of 2021, British Heavyweight rockers the Kris Barras Band have announced their brand-new album, 'Death Valley Paradise', set for release via Mascot Records. Produced by Dan Weller (Enter Shikari, Bury Tomorrow, Monster Truck) they return heavier, darker, more introspective but enormous at the same time. Barras decided to remove all shackles and began collaborating with songwriters, such as the heavyweights; Jonny Andrews (Three Days Grace, Fozzy), Bob Marlette (Alice Cooper, Airbourne, Rob Zombie), Blair Daly (Halestorm, Black Stone Cherry) and Zac Maloy (Shinedown, Tyler Bryant). 'Death Valley Paradise' started life as a song before it was dissected and spread across the album. Death Valley is a place of extremes, where living things are said to not be able to survive. "To survive and thrive in those circumstances and find your paradise in it. For me, it sums up the journey I've been through," states Kris. "As a musician, I was put into a place where it was hard to survive, and I had to do different things to keep it moving. Early 2020 was uncharted waters for all of us," he adds. "At first we thought, three weeks and it's over. I tried to take it positively and keep myself busy until reality set in." For the ex-MMA/Cage Fighter, the only way out was to refocus. "Once Covid hit, it was a case of 'anything goes. This is an album of no limitations; I felt that nothing was off the table for it." 'Death Valley Paradise' is available everywhere March 4th, 2022