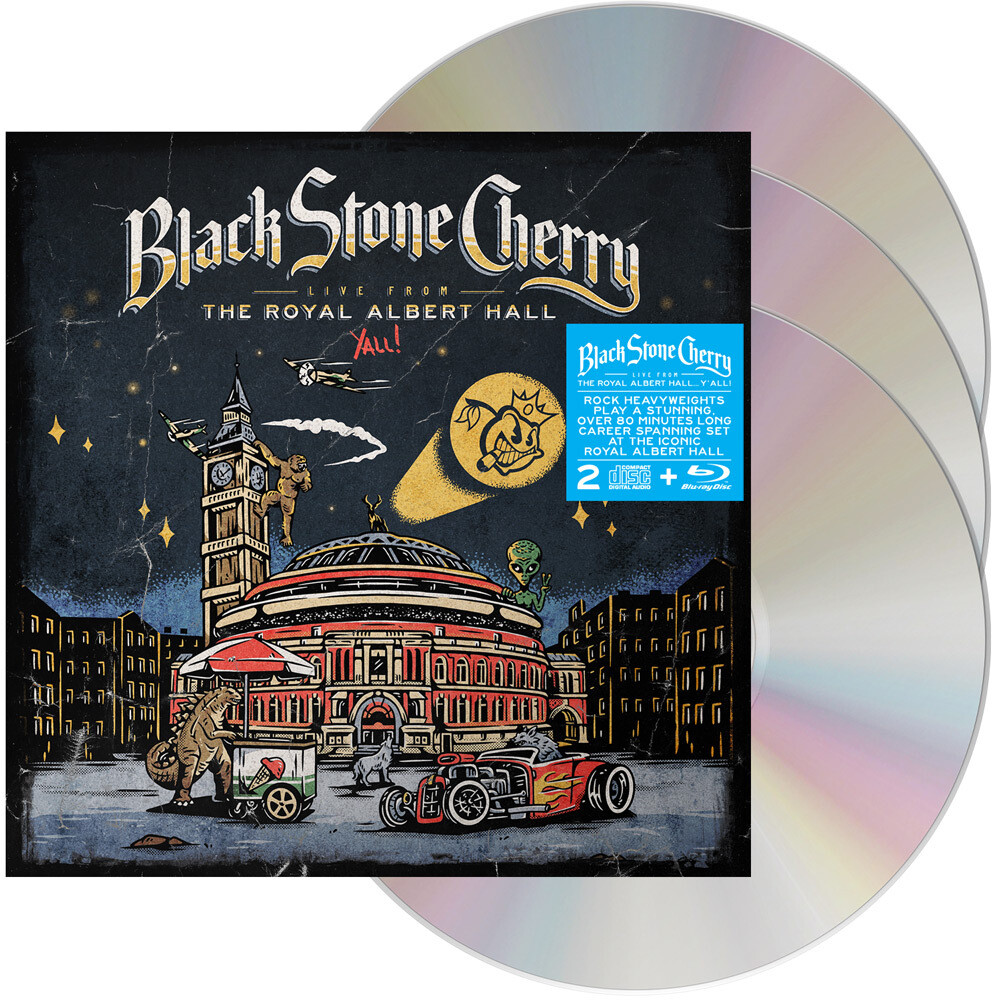 Two CDs + Blu-ray edition. On Wednesday September 29, 2021 - the year of the band's 20th Anniversary - Kentucky's favorite sons, Black Stone Cherry, realized their childhood dream of playing at the legendary Royal Albert Hall, London. And they don't disappoint as they open with the explosive "Me and Mary Jane." From clubs to arenas and Festival headline performances, no one puts on the kind of show that these boys do. They tear through an impressive back catalog, playing songs from their most recent studio album The Human Condition through to their biggest hits and fan favorites. The band have always belonged to the fans and vice versa, which is why when you hear those songs emanate from the stage and then sung back, every fan in the world can close their eyes and remember either being there or imagine being there and the sheer joy and pride in the boys for realizing a dream. On the Blu-ray, the live footage is dotted with behind-the-scenes interviews, fly on the wall footage and archival insights into the band as kids first starting out, snippets of their first ever UK tour and heartfelt moments of reflection. But ultimately Live From The Royal Albert Hall... Y'All was about bringing rock 'n' roll to London, Kentucky style, and they tore the roof off that mother.