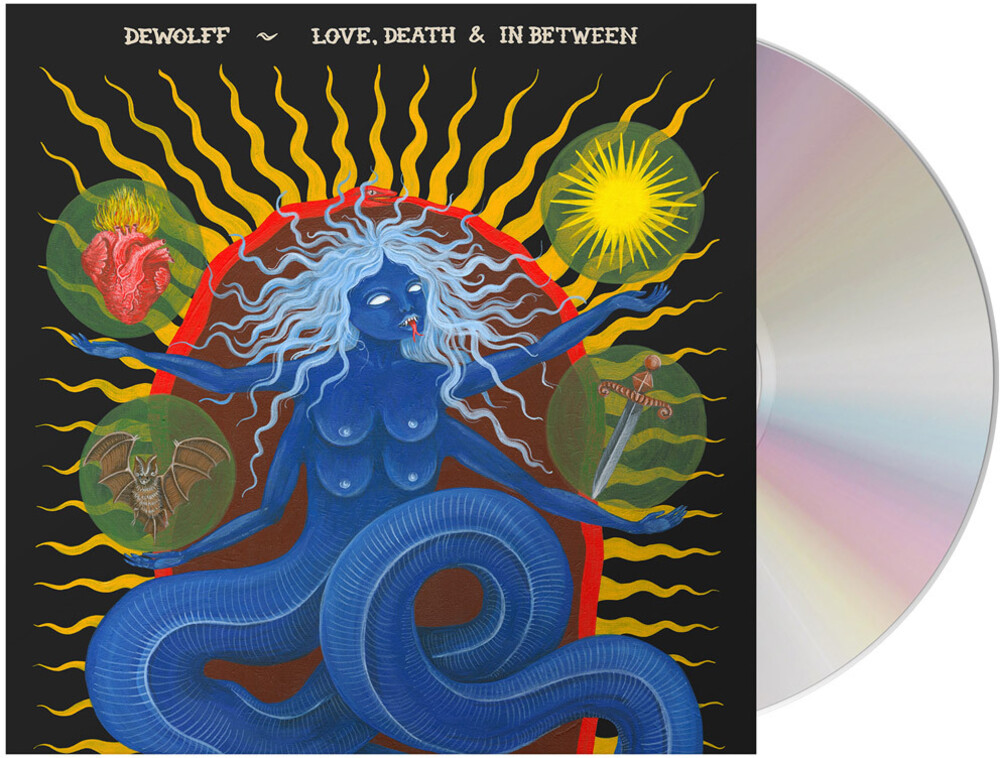 Mascot Records is proud to announce the release of the new album from Dutch rockers, DeWolff, entitled 'Love, Death & In Between', available everywhere February 3rd, 2022. DeWolff are not a band to sit still. They thrive on constant motion. From psychedelic southern rock warriors to emissaries of soul, they weave in amongst the rich tapestry of sound and often find their way to the heart-beat of a song by spending a little time with it. Formed in the Netherlands' Deep South of Geleen as teenag-ers before moving to the medieval city of Utrecht, they have carved out a place for themselves as free-wheeling adventurers. Prolific in the studio and well-worn road-rovers, they've grabbed the last few years by the scruff of the neck and not rested. 'Love, Death & In Between' is a reaction to their previous two studio albums. 'Tascam Tapes', which was rec-orded on the road with a four-track cassette recorder from the 1980s, and the socially distanced recording of Wolffpack. Recording live to tape, with no overdubs, brothers Pablo (guitar/vocals) and Luka van de Poel (drums/vocals) alongside Robin Piso (Hammond/Wurlitzer) were joined by a host of friends for the record-ings. "We brought extra people and wanted their signature on it. Playing with ten people in one room is chaot-ic. Every take you do, somebody is not satisfied with how they play. But you realise what is important about a take." Out of the rural surroundings of Brittany, DeWolff left with twelve songs, over four tapes, with friends, having fun and remembering what is most important to them. On a diet of Al Green, Sam Cooke, and John Steinbeck, they've created some of their most soulful but rousing music.