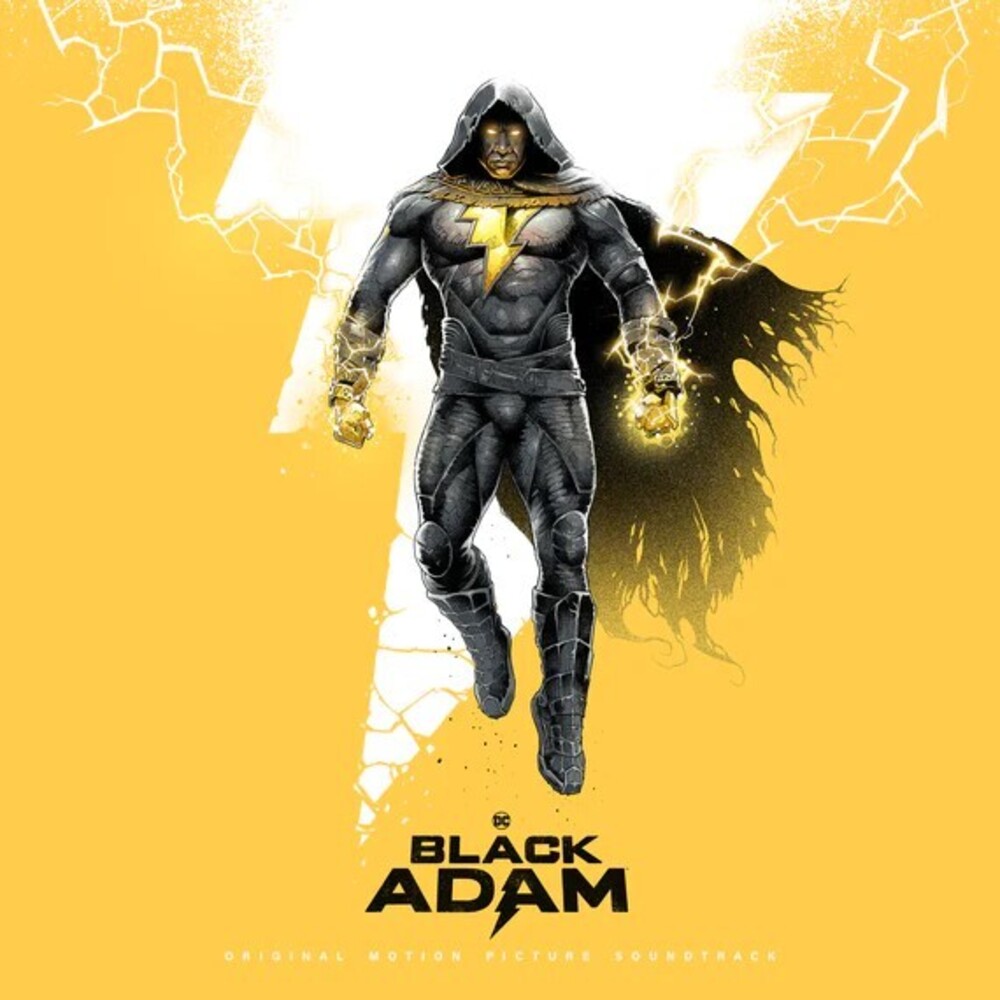 Composer Lorne Balfe's overall musical and philosophical approach to Black Adam was 'to get the emotion and darkness of the main characters back story across to the audience, whilst simultaneously intertwining the old themes and familiarities of the DC comic book world and introducing a new class of superheroes." He further noted "One way to bring in the feeling of an ancient world together was to collaborate with traditional instruments from Latin America, India, Africa and the Middle East. A particular highlight for me was a percussion session I did where we enlisted several musicians playing various traditional instruments together to achieve this specific sound. Further, we had a large brass section across the score to give the weight and power of the main character's past, which I balanced out with high tempo, more melodic sounds to give the audience that more familiar heroic feel. We also experimented a lot with choir on this project which was able to contribute a unique and classical sound that ties in nicely with Black Adam's story."