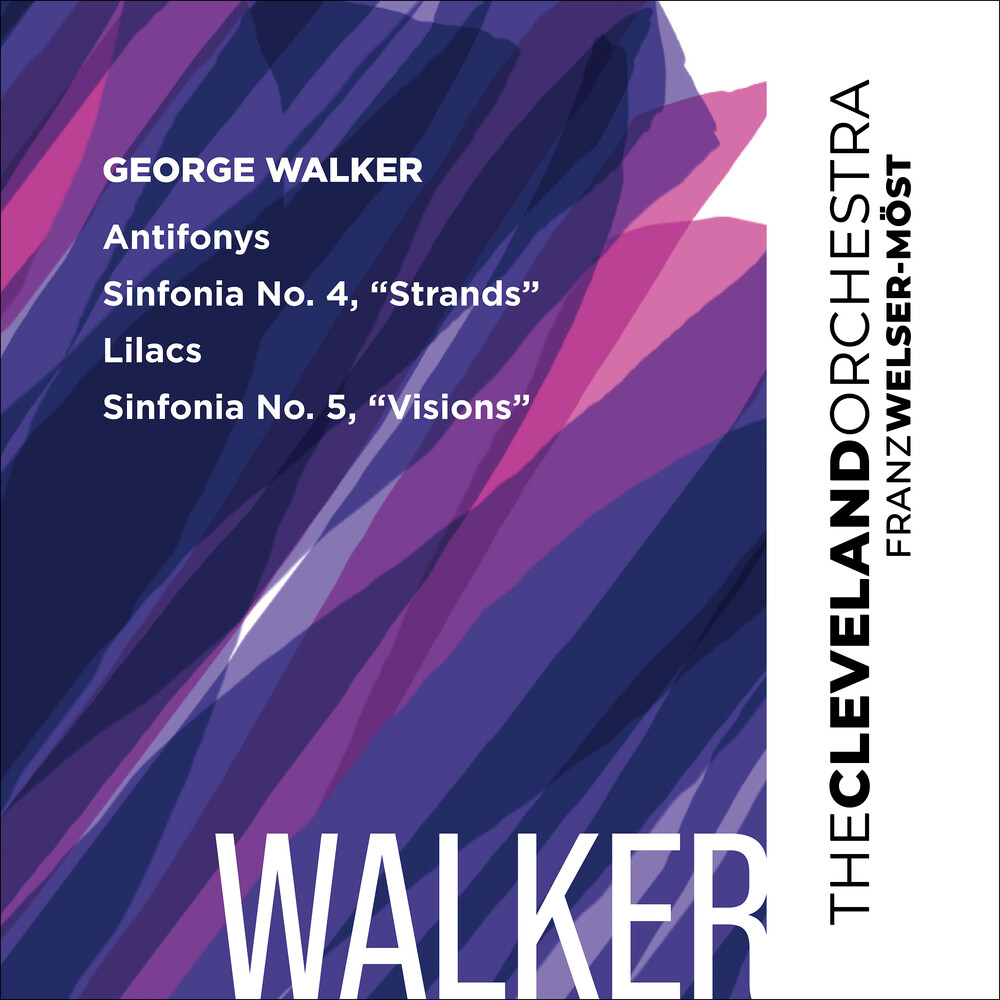 Led by Music Director Franz Welser-Möst, The Cleveland Orchestra releases a new audio recording featuring music by George Walker. The album offers an exploration of the composer's Pulitzer Prize-winning "Lilacs" for voice and orchestra with soprano Latonia Moore, as well as Antifonys for string orchestra, and Sinfonias No. 4 and No. 5. "George Walker's music is so dense that ten minutes are as emotionally exhausting as other music which is three times as long. It's tricky, it's difficult, it's demanding, it's challenging, and there is an intensity and a real voice which I enjoy enormously." says Franz Welser-Möst. This recording further expands on The Cleveland Orchestra's perpetual drive to learn and promote new works. The Walker album features four works spanning fifty years by a pioneering American composer, showcasing his singular vision and meticulously crafted sound world.