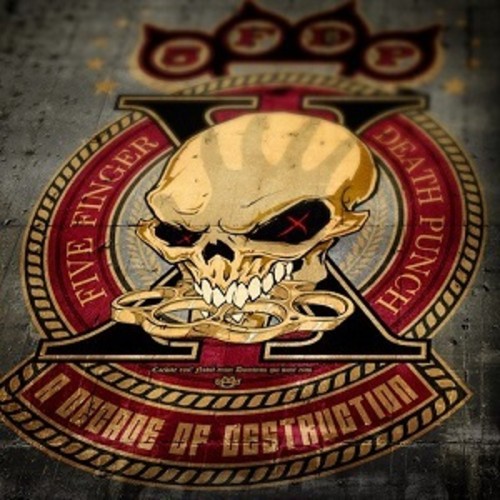 CLEAN. 2017 collection that compiles the band's biggest radio singles from the past ten years. Additionally, the album includes two newly-recorded songs ("Trouble" and "Gone Away"), which should easily continue the band's string of hits at rock radio and satisfy the their legion of dedicated fans. Five Finger Death Punch is a heavy metal band from Las Vegas, Nevada. Formed in 2005, the band's name comes from the kung fu movie The Five Fingers of Death. Five Finger Death Punch's debut album The Way of the Fist was released in 2007, which began achieving rapid success and selling over 500, 000 copies each in the United States. The 2009 follow-up album War Is the Answer further increased their popularity, selling over 1, 000, 000 copies and was certified platinum by the RIAA, The band's third album, American Capitalist, was released on October 11, 2011 and achieved Gold status within the year. The following 3 albums (Wrong Side Of Heaven Vol 1. and Vol 2., and Got Your Six) all had been certified gold making 5FDP one of the most successful Heavy Metal bands of the decade.