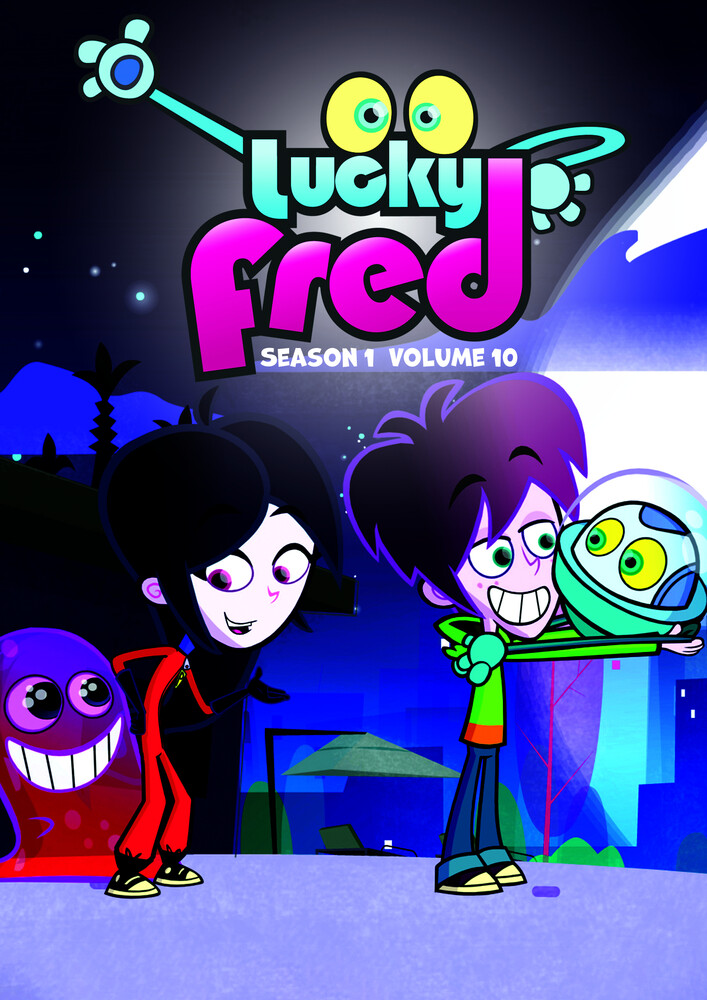 Fred is so lucky. He has his own personal robot named Friday who will transform on command into anything he can think of: boxing gloves when the school bully picks a fight, a jet pack, even a translator for girl talk. Whatever Fred needs, Friday can turn himself into. But Friday was not supposed to be a gift from the sky, he was supposed to belong to Fred's neighbor, secret Agent Brains, who works for the intergalactic safety organization called The Protectors. Brains disguises herself as a regular awkward girl named Braianna while saving the world from alien invasions, escaped bug populations, Sewer Bears, and other mysteries. It sure would be easier if she had her robot, but now he only answers Fred's voice commands. Together, Brains, Fred and Friday work as a team taking on the challenges of alien invaders, and worse-junior high! Volume ten contains episodes forty-six through fifty-two of season one of this series.