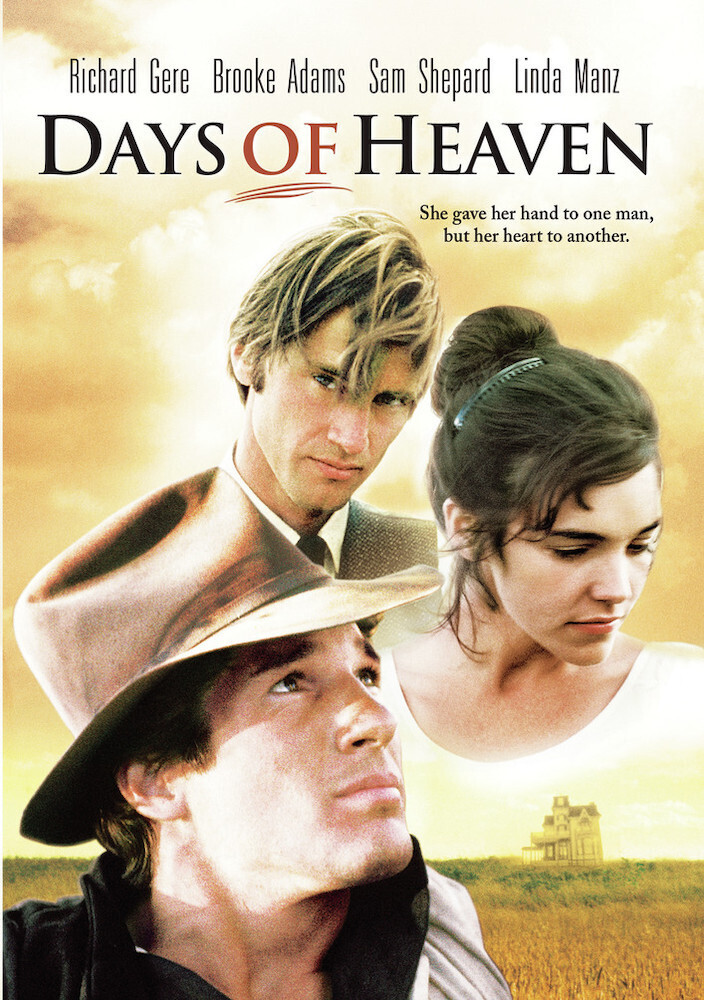 After accidentally killing a man, hot-tempered farmhand Bill (Richard Gere, Chicago, Shall We Dance?) flees toTexas with his girlfriend Abby (Brooke Adams) and his younger sister. Bill and Abby pose as brother and sister to avoid strangers' questions about their past. They find grueling work on a wheat farmer's (Sam Shepard, The Notebook) property, and by the end of the harvest, the wealthy farmer has fallen in love with Abby. When he asks Abby to marry him, Bill urges her to accept... but only because the farmer is seriously ill, with only a year to live. Their plan to claim an inheritance backfires when the farmer's health takes an upswing. Issues of jealousy, anger and loyalty arise as the three deal with their confused emotion sand volatile situation. Critically acclaimed writer/director Terrence Malick (The Thin Red Line) creates a magnificent, cinematic achievement of sight and sound in one of the most visually stunning films of it's time.