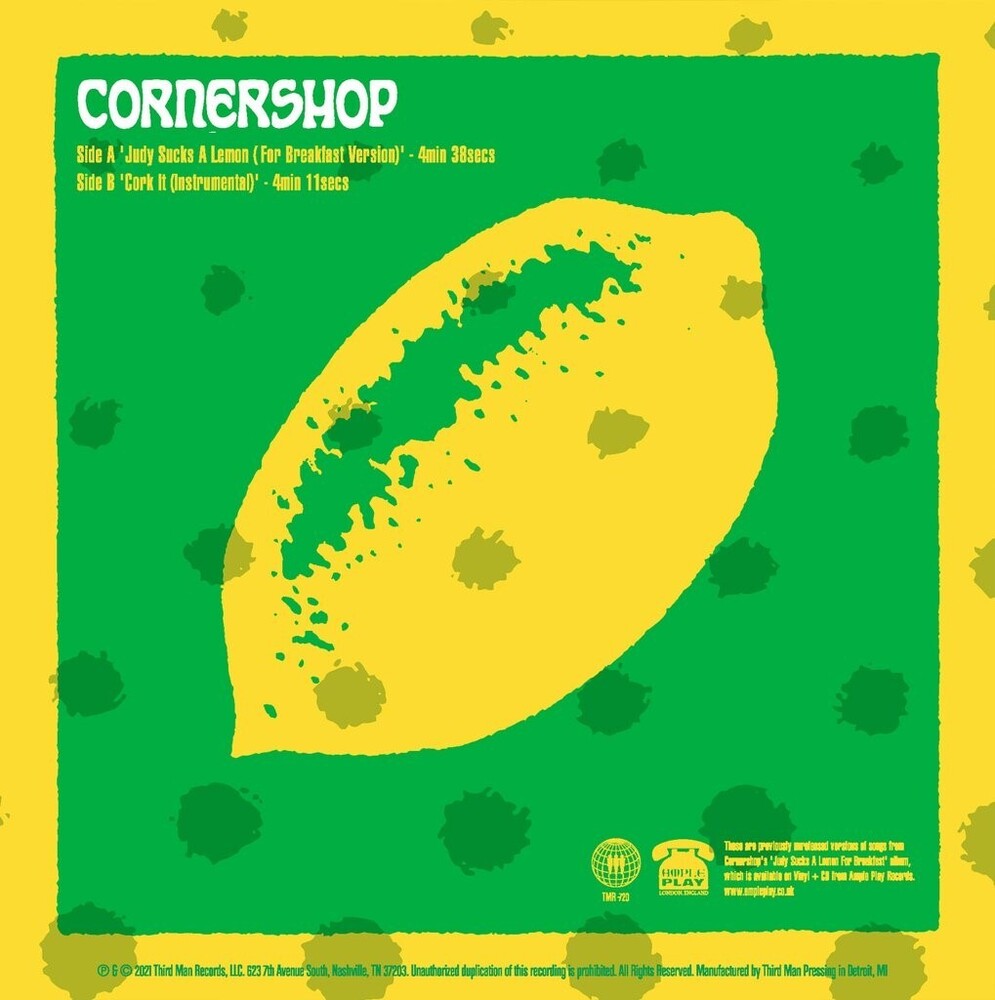 Presenting a brand new 7' single from revered cult British group, Cornershop. These are unheard versions of previously released songs that the band has always wanted to put out in the world: the fuller, fleshed out version of 'Judy Sucks A Lemon (For Breakfast Version)' b/w an early version of 'Constant Springs,' originally known as 'Cork It'. With the opening of the Third Man London store, right now is perfect timing. Packaging: Full color foldover 7' jacket, standard weight vinyl.