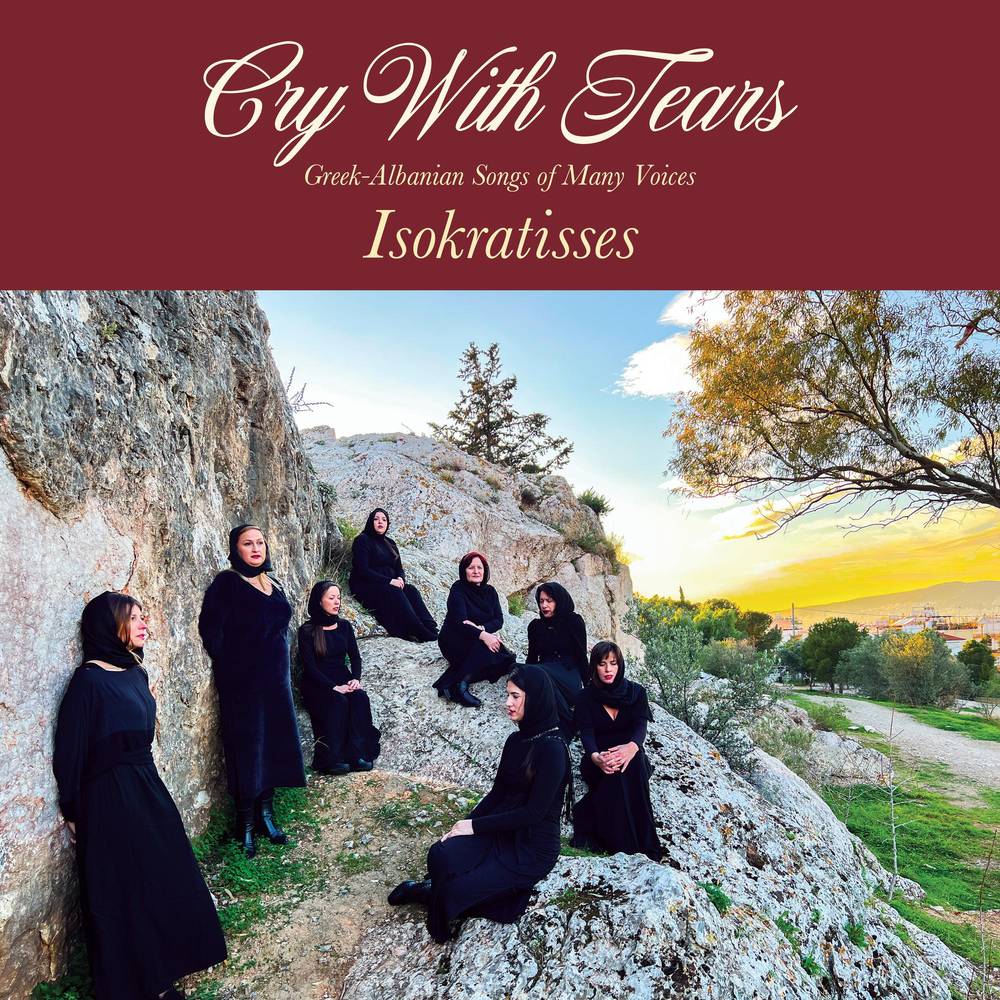 Isokratisses (Greek for "women who sing the "iso" or "drone") is a vocal ensemble comprised of eight women who carry the ancient tradition of polyphonic songs from Epirus: a region in northern Greece and southern Albania. Born and reared in the Greek speaking villages around Deropoli and Politsani in Albania, the women of Isokratisses have sung these songs since childhood. The group ranges in age from 19 to 56 with some sisters in the group as well as an aunt. They were nurtured by this archaic music, listening and singing it with their family and friends. The songs were passed down from generation to generation. The group started its artistic activity in 2015, after the singer Anna Katsi took the initiative to encourage the younger members to perform regularly. The communal nature of polyphonic singing is a way of revitalizing an art that has declined in recent years and to reassert the primacy of female voices in the southern Balkans. Singing these songs builds an invisible bridge that connects the present with the past, the memories of childhood travel with the immediacy of daily life. On Oct 14, 2022, Third Man Records will release a full album of these solo polyphonic songs, with Grammy-winning producer Christopher King. "It is social music, woven into the fabric of poor, marginalized, and disenfranchised communities. Many of the songs are variations of mirologia (songs of fate, songs of morning) that used to be sung throughout the southern Balkans but have largely disappeared on an informal cultural level except for Epirus. Structurally, the songs are pentatonic (five notes with no semitones) and are composed of three or four distinct melodic voices that weave together in an organic yet unexpected way. The remaining members of the group provide the iso or “drone” that is the low tonic note of the melody." - Chris King