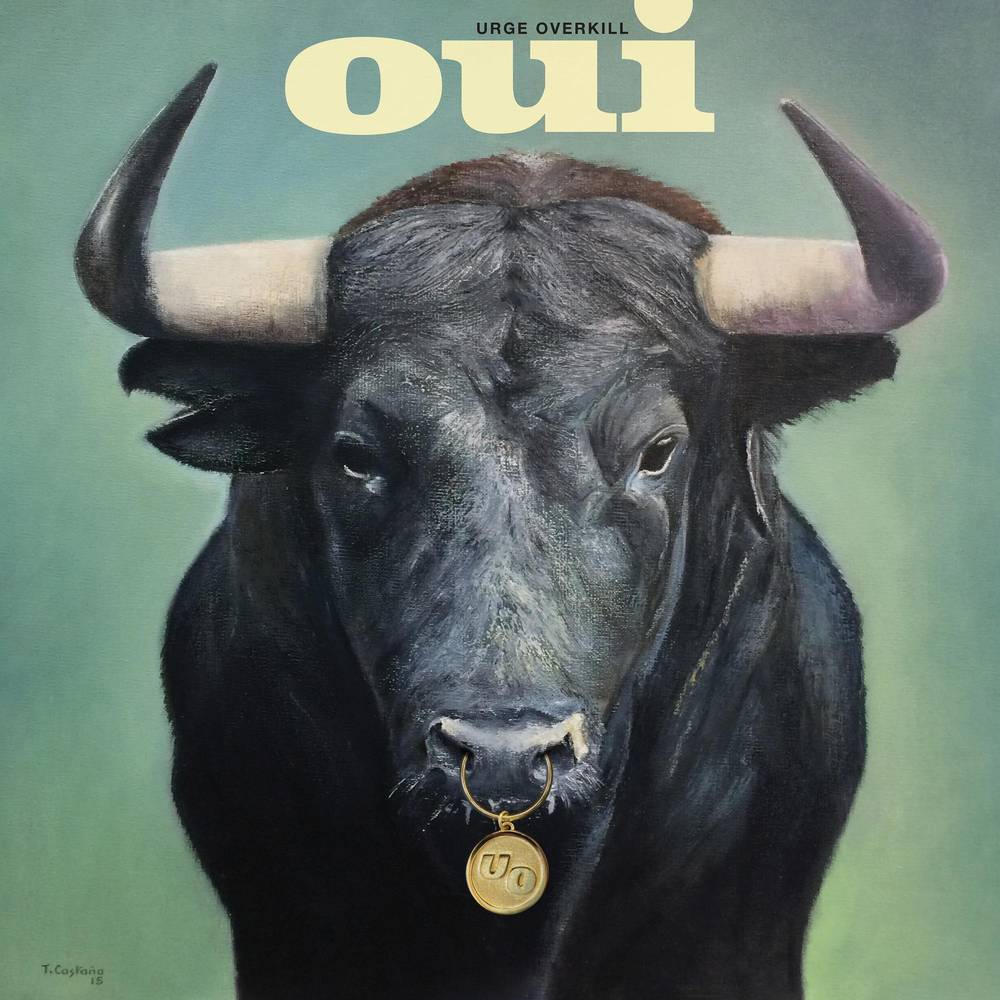 Nash Kato and Eddie “King” Roeser met at Northwestern University, formed Urge Overkill (named after a George Clinton/Parliament lyric), and soon released a Steve Albini produced EP on Restless Records. After a string of acclaimed releases on Touch & Go Records (including Stull EP, containing their cover of Neil Diamond’s “Girl, You’ll Be A Woman Soon,” which became a hit after being featured in Quentin Tarantino’s Pulp Fiction), the band moved to Geffen Records and issued a pair of albums which took over alternative radio. It was a whirlwind decade for the band. It wasn’t until 2011 that the world would hear new Urge Overkill music, when the band released Rock & Roll Submarine (which earned a four-star review in Mojo.) Now, a decade later, is the world ready for more? There is only one answer: Oui.
Oui features twelve new tracks from Kato and Roeser – eleven are Urge originals, with the opener (and first single) being a cover of Wham!’s “Freedom!” Add in tracks like “How Sweet The Light” and “Forgiven” and it all adds up to an Urge Overkill release the world not only wants, but needs.