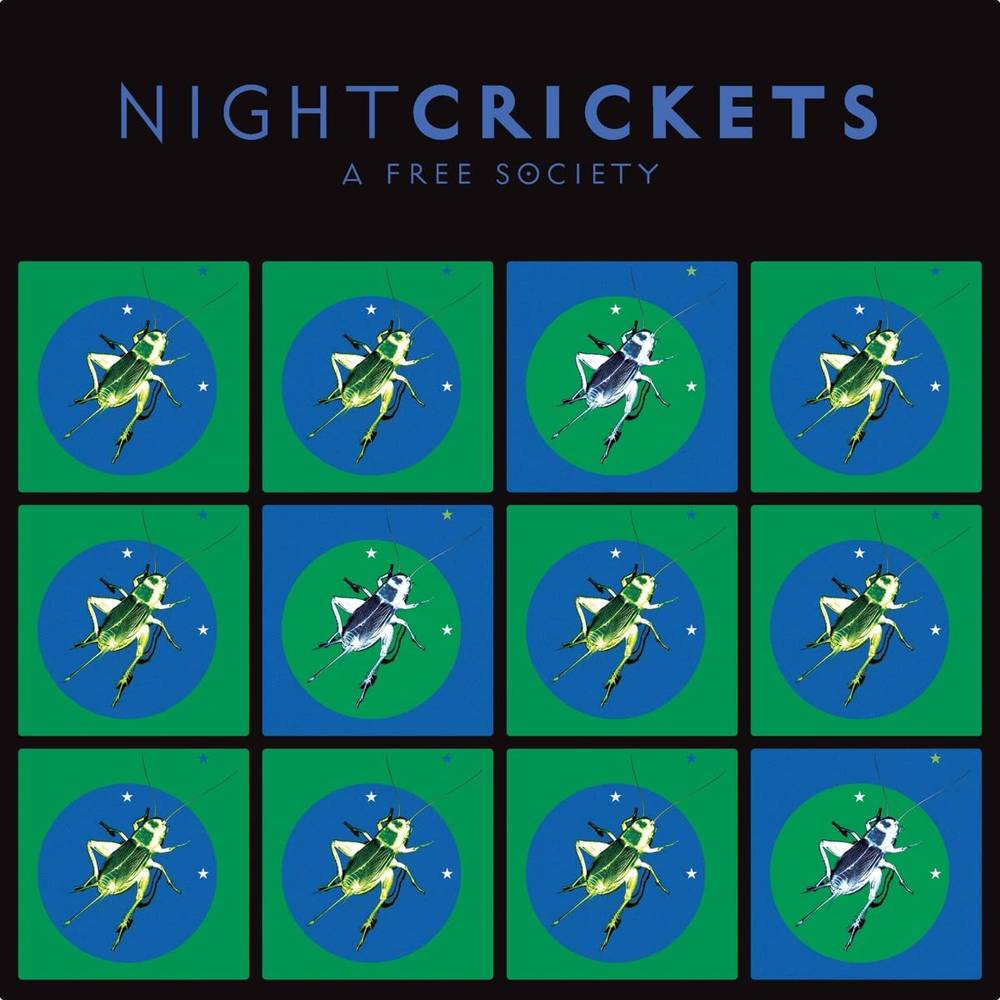 A FREE SOCIETY - Night Crickets - Debut release from David J (Bauhaus, Love And Rockets), Victor DeLorenzo (Violent Femmes) and multi-instrumentalist Darwin Meiners. Iconic and foundational bands in the history of alternative music certainly include Bauhaus, Love And Rockets, and Violent Femmes. San Francisco born artist Darwin Meiners was a fan of all three. A chance meeting 13 years ago with David J (Bauhaus, Love & Rockets) grew into a friendship, and Darwin not only became a bandmate, but David J's manager. After reaching out to Victor DeLorenzo through e-mail, Darwin met the Violent Femmes drummer after the Femmes' Coachella set in 2013. Soon after the three collaborated on Darwin's 2014 release Souvenir.