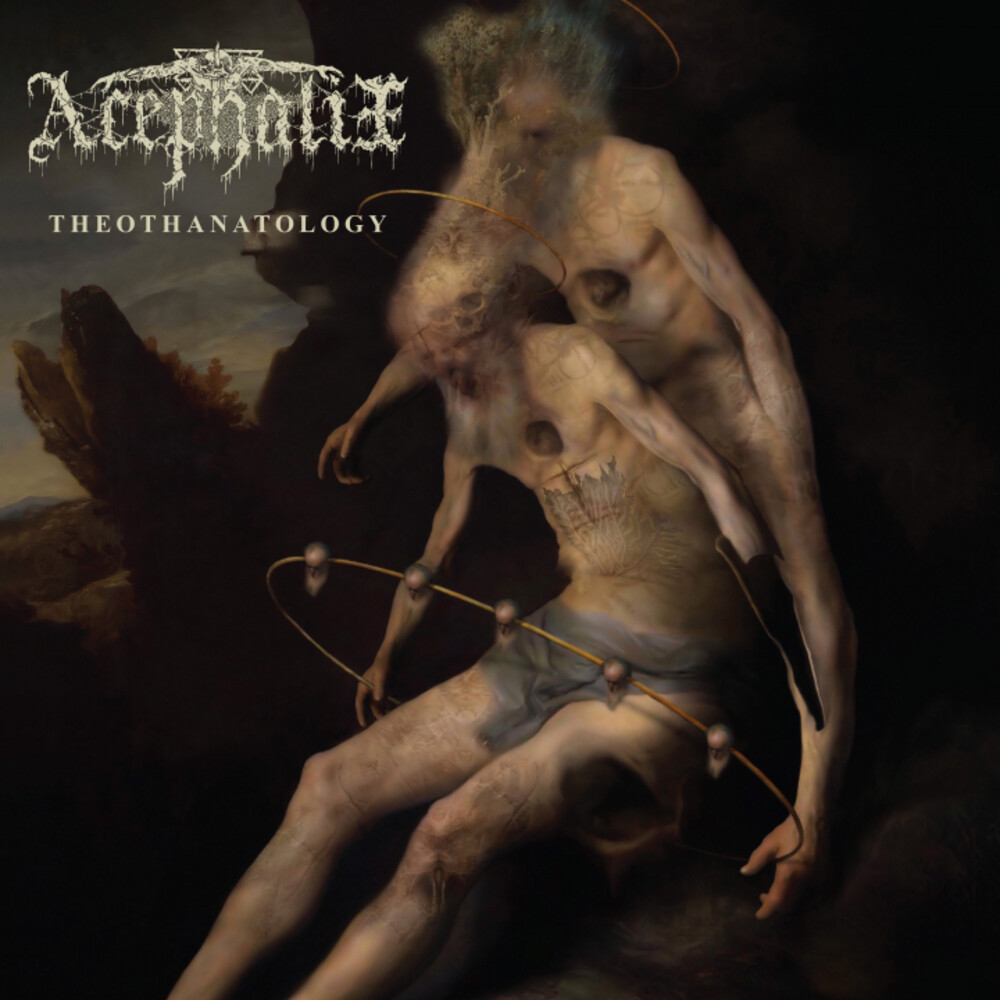 Acephalix wakes from five years in morbid repose with a new offering upon the glistening altar of flesh, a devastatingly tormented study on Theothanatology, the idea or belief that God is dead. Within this cerebrum shattering inquiry lies, as always, a primal spewing forth of vicious death metal malignity and bomb-raid hardcore dispersions. Across a decade and a half lifespan, the evolution of Acephalix into the bludgeoning instrument of discord and dead faith displayed on Theothanatology has never felt so urgent. The crumbling siege-like mentality of modern life leaves no doubt God has left the building and Acephalix adeptly soundtrack the contradictions, atrocity and inner turmoil of such massive loss and decay. From the opening title track to closer "Atheonomist," Acephalix is razor-focused on it's greatest strengths, commanding the unambiguous sonic pulverizing of a bulldozer over the decimated skull pile of a once thriving civilization. Simultaneously more musically complex and savagely barbaric, Theothanatology heralds a collapse already in motion.