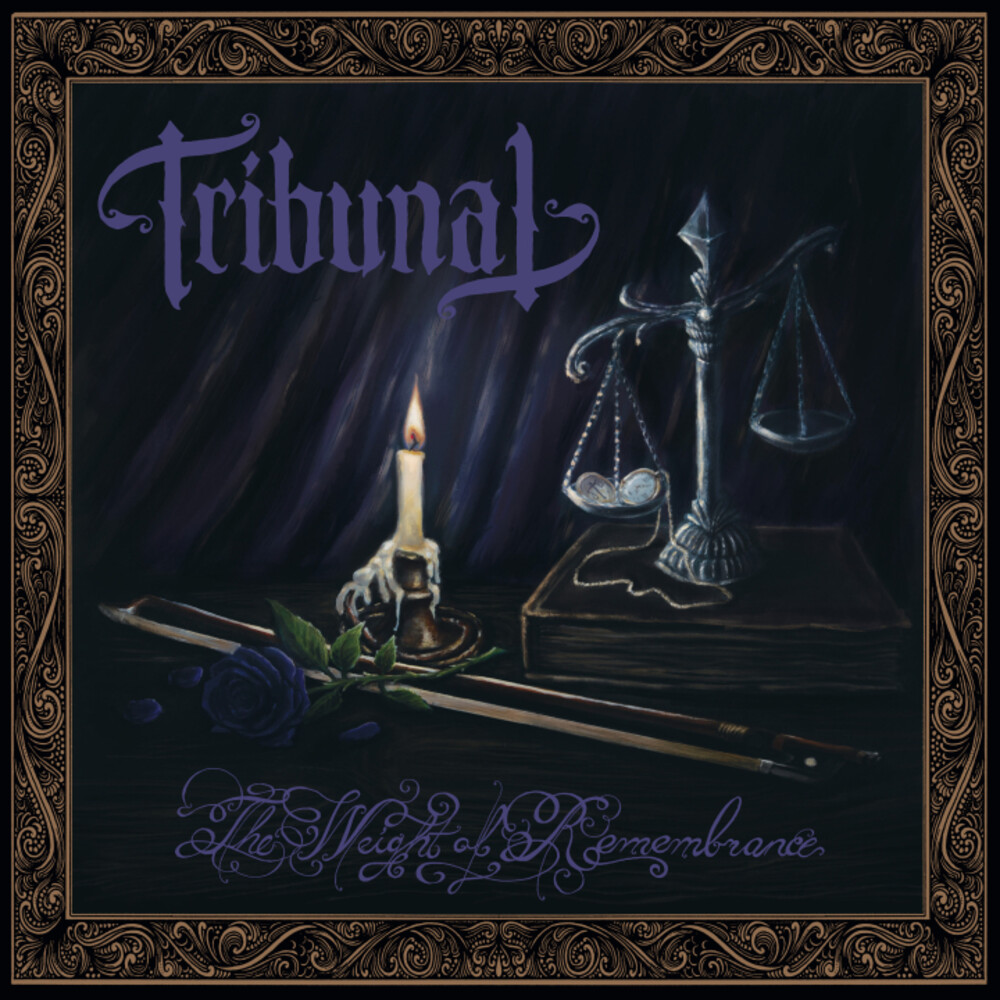 The Vancouver duo Tribunal may yet be unknown to the wider world, but spellbinding debut album The Weight Of Remembrance is poised to immediately change that. Steeped in the black velvet finery of Gothic doom metal, Tribunal weave dark tales of ultimate judgement, never-ending rain and forsaken despair. Featuring classically trained cellist / bassist / vocalist Soren Mourne and guitarist / vocalist Etienne Flinn, the duo's brick heavy classic doom riffage borders on death metal heaviness, like My Dying Bride filtered through a colossal stained glass edifice. The sound is instantly familiar with nods to the '80s and '90s but never sounds retro or like mere homage. Rather, The Weight Of Remembrance evokes the feeling of a painstakingly composed orchestral movement fit for a crumbling cathedral overgrown with moss. The duo frequently trade off vocals alternating between haunted wailing cleans, scathing black-metal style shrieks and dread-filled death calls.Tribunal's debut is an essential addition to the modern doom canon, one which can expand in infinite musical directions from a base of crushing tragic heaviness and forlorn purpose. In that sense, The Weight Of Remembrance has the accomplished atmosphere of a band beyond their years in the scope and execution of it's vision.