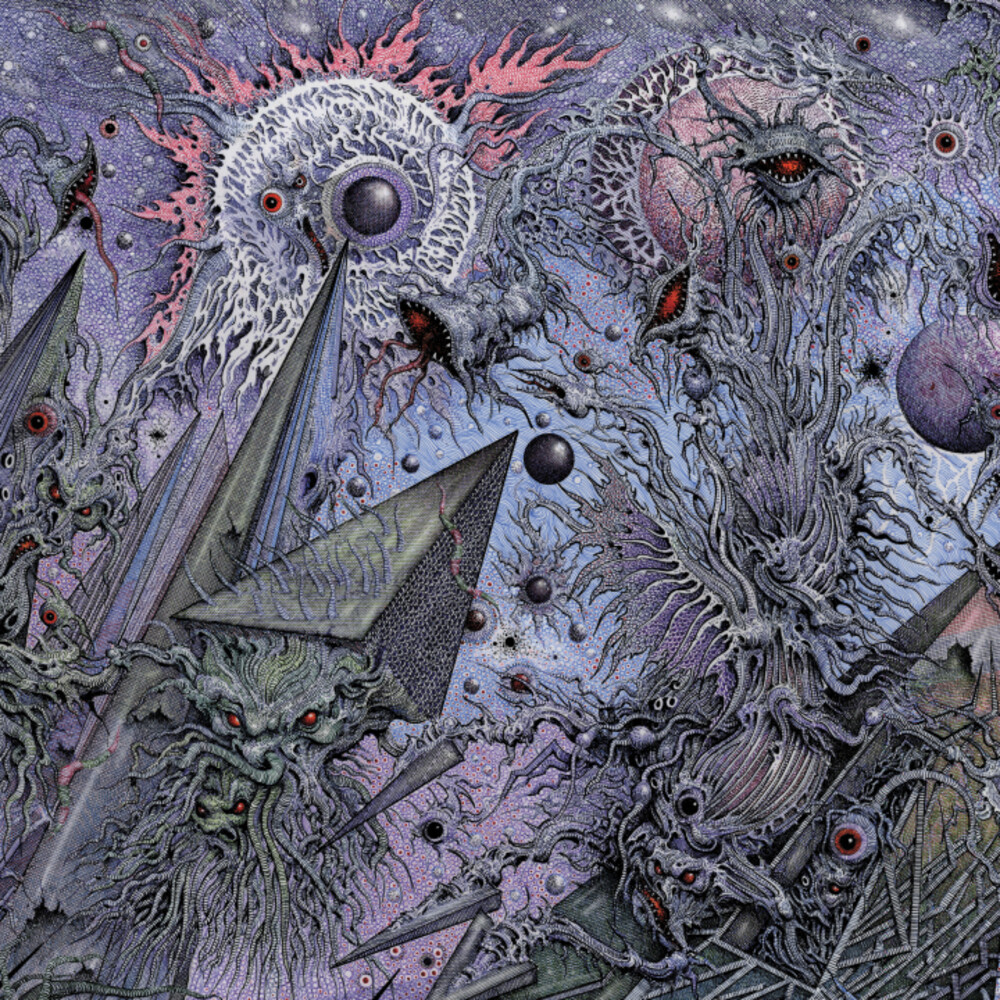 Over the course of their first two albums, Cosmovore and Providence, Ulthar carved out a unique niche on the spectrum of underground metal, forging a grotesquely elegant hybrid of technical death metal alchemy and black metal's stinging blizzard winds, all with the acerbic color of the absurdist's brush. Nearly three years on from Providence, a burst of deadly creativity has resulted in two new albums, to be released simultaneously. Anthronomicon embodies the continued progression of Ulthar's mastery over it's art-always evolving, refining and pushing forward. From the opening blasts and twisting mania of "Cephalopohre," Ulthar baffle with angular warped riffage, dipping in and out of various dimensional spheres. Off-kilter multi-directional turns veer swiftly and violently as though about to come apart at the seams only to reshape again and again into ever more monumental forms. Each of Anthronomicon's eight tracks represent a fractious piece of a larger puzzle, each a maze unto itself that when taken together allow one to traverse this inverted surrealist conundrum. Having reached albums three and four concurrently, and having many other bands and albums under their collective belts, the three seasoned players that comprise Ulthar have not been content to play things straightforward, to be just another death metal band among thousands. Rather the band continuously seeks and executes with more compulsive complexity, more nuance and in pursuit of a persistent ascension to a transcendent and incongruous world beyond the mundane; a place of euphoric exultation and bewildering awe.