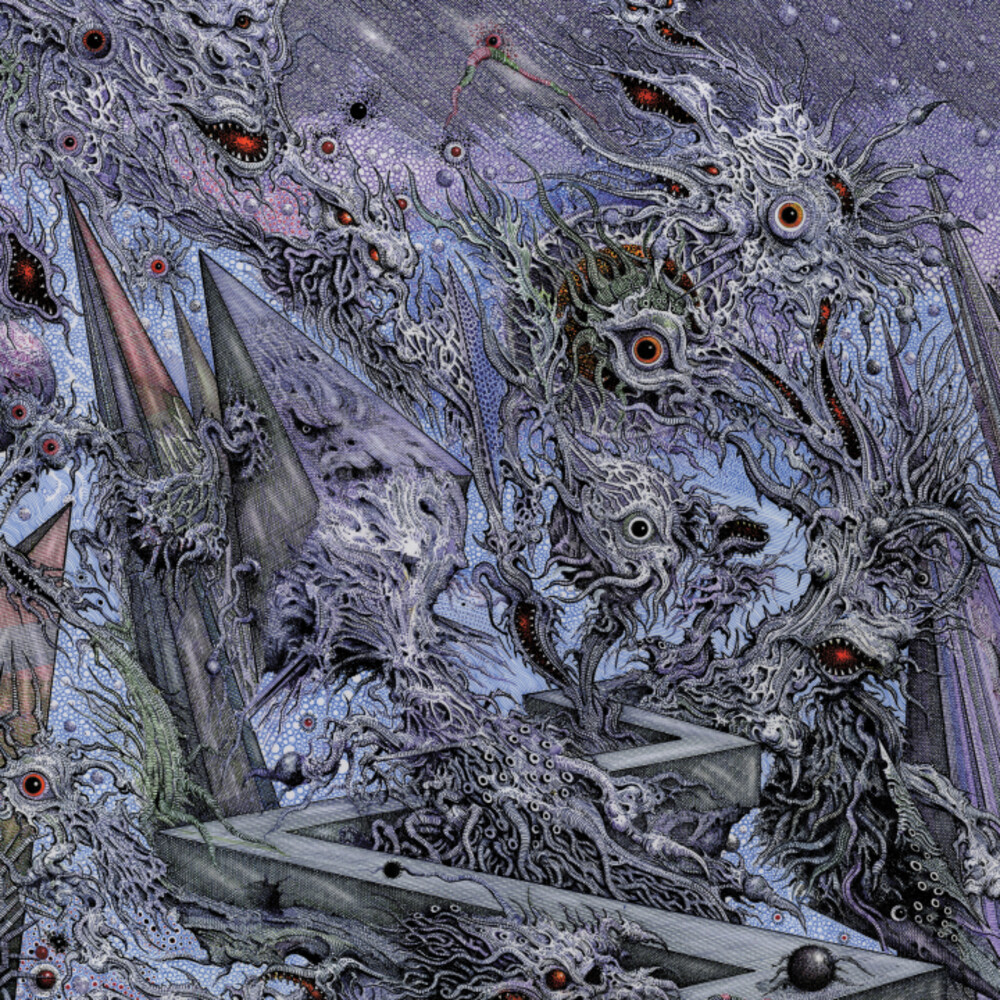 Over the course of their first two albums, Cosmovore and Providence, Ulthar carved out a unique niche on the spectrum of underground metal, forging a grotesquely elegant hybrid of technical death metal alchemy and black metal's stinging blizzard winds, all with the acerbic color of the absurdist's brush. Nearly three years on from Providence, a burst of deadly creativity has resulted in two new albums, to be released simultaneously. Where it's sister album Anthronomicon presents an eight-piece puzzle of labyrinthine tumult, Helionomicon takes those elements and creates two towering twenty minute monoliths of radiant avant-garde immensity. Each track, appropriately titled "Helionomicon" and "Anthronomicon," transports the listener on a vast journey of psycho-cerebral spectacle where hitherto unimagined landscapes take shape and strange intangible structures pierce the disintegrating firmament. Despite the substantial length of these two tracks, it's never a tedious ride; each visits countless new vistas and perspectives across time. In essence Helionomicon becomes a synthesis of all Ulthar's recorded output to this point across two climactic, ambitious epics.Having reached albums three and four concurrently, and having many other bands and albums under their collective belts, the three seasoned players that comprise Ulthar have not been content to play things straightforward, to be just another death metal band among thousands. Rather the band continuously seeks and executes with more compulsive complexity, more nuance and in pursuit of a persistent ascension to a transcendent and incongruous world beyond the mundane; a place of euphoric exultation and bewildering awe.