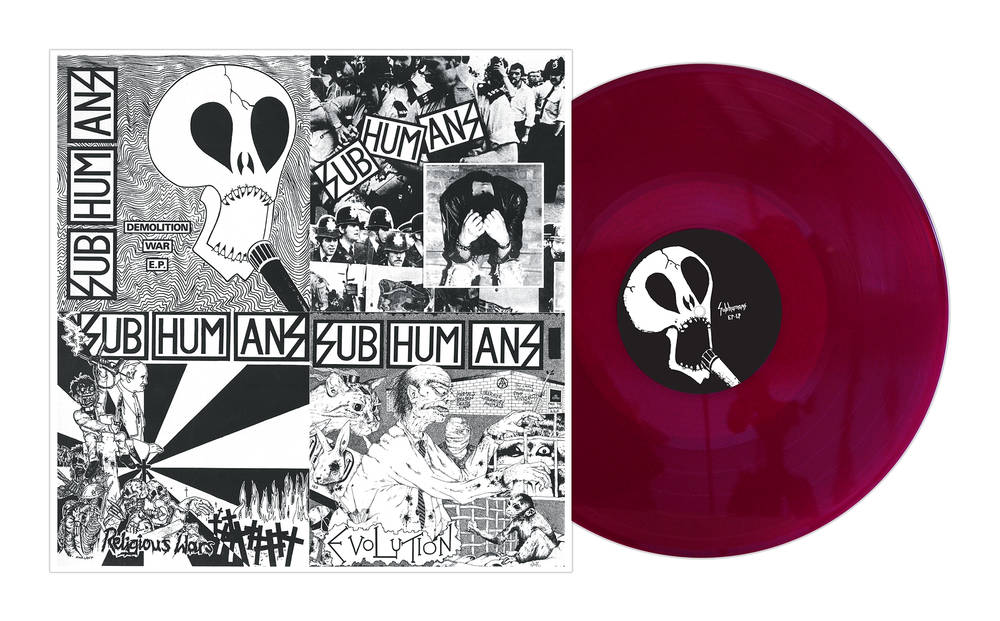 Indie Exclusive * The EP-LP was originally released in early 1986, after the band had split in November 1985, and collected for convenience the first four Subhumans EPs onto one disc. This includes the fiery six-track debut, ‘Demolition War’, that was first unleashed at the end of 1981, the powerful and provocative ‘Reason For Existence’ and the perennial ‘Religious Wars’, both from 1982, and the intensely angry ‘Evolution’, from May 1983, whose title track rages so effectively against the senseless tragedy that is vivisection. Whilst never intended to be released as a full-length album when first recorded, most of the eighteen tracks on offer are still staples in the band’s set to this day, and hang together very cohesively as an essential body of work.