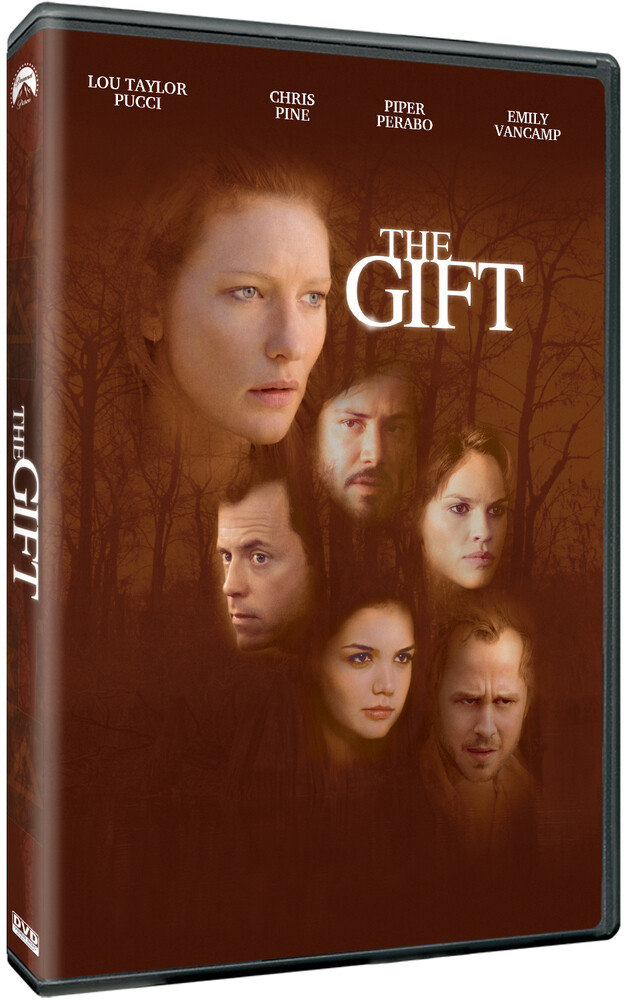 Oscar -nominee and Golden Globe Winner Cate Blanchett leads an incredible all-star cast including Aca my Award -winner Hilary Swank (Boys Don't Cry), Keanu Reeves (The Matrix), Katie Holmes (Wonder Boys), Giovanni Ribisi (Saving Private Ryan), and Oscar -nominee Greg Kinnear (As Good As It Gets) in this stylishly filmed mystery that's as eerie as a backwoods swamp with a dark secret beneath it's even darker surface. Widow and mother of three, Annie Wilson (Blanchett), makes her living by foretelling others' futures though her own has become cloudier than even she can see. Threatened by a client's violently jealous husband (Reeves) and plagued by visions of a missing towns-girl (Holmes), Annie is unwittingly pulled into a thicet of lies and deception in which her extraodinarygift could be used against her and get her killed. Written by Billy Bob Thornton (Sling Blade) and Tom Epperson (A Family Thing), and directed by Sam Raimi (A Simple Plan), The Gift is a gripping tale of supernaural intrigue and chilling terror.