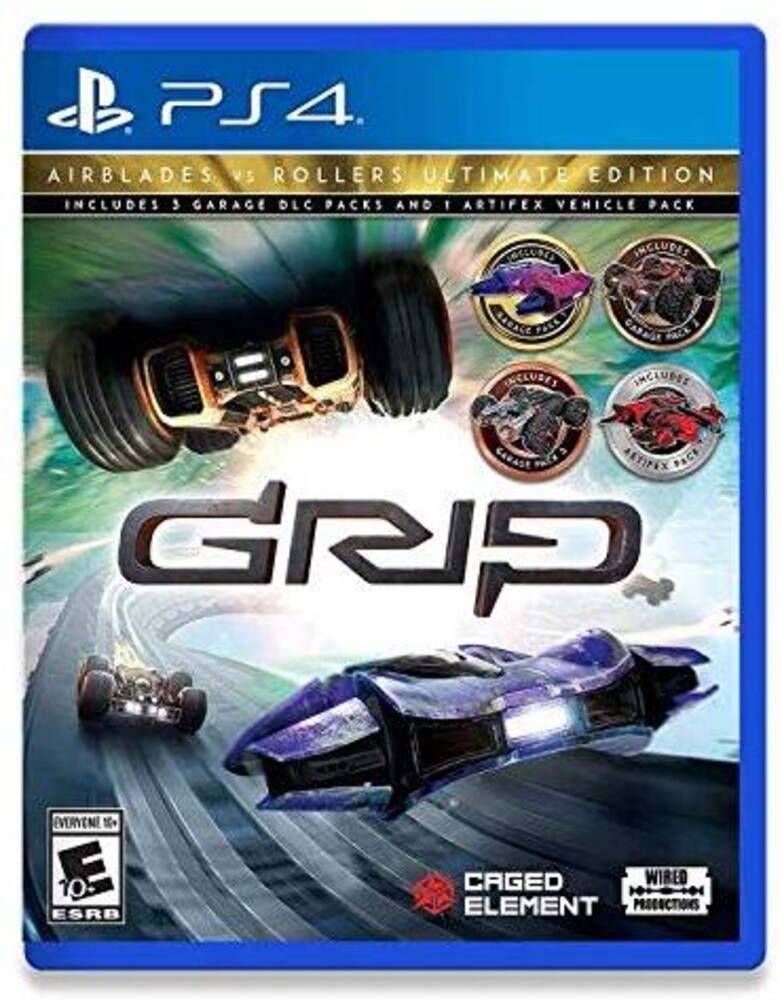 Celebrate grip with the rollers vs airblades ultimate Edition, loaded with a year's worth of content on the disc! In the future, deadly combat racing has left Earth to expand onto various exotic and hostile planets. Heavily armoured vehicles called rollers battle it out with deadly anti-grav racers called airblades, hitting breakneck Mach 1 speeds across tracks with twisting roads, turbulent terrain, sickening bends and adrenalin-fueled loops. This is full on gravity defying combat racing. Fight on 32 tracks spread across alien planets, or take your grudge to the arenas with team death match to find the ultimate champion. Wipeout the competition as you unload metal-melting weapons in one of 42 different vehicles, and exploit a destructible environment to ensure not only victory, but the complete annihilation of your opponents. This isn't just racing, this is grip: combat racing.