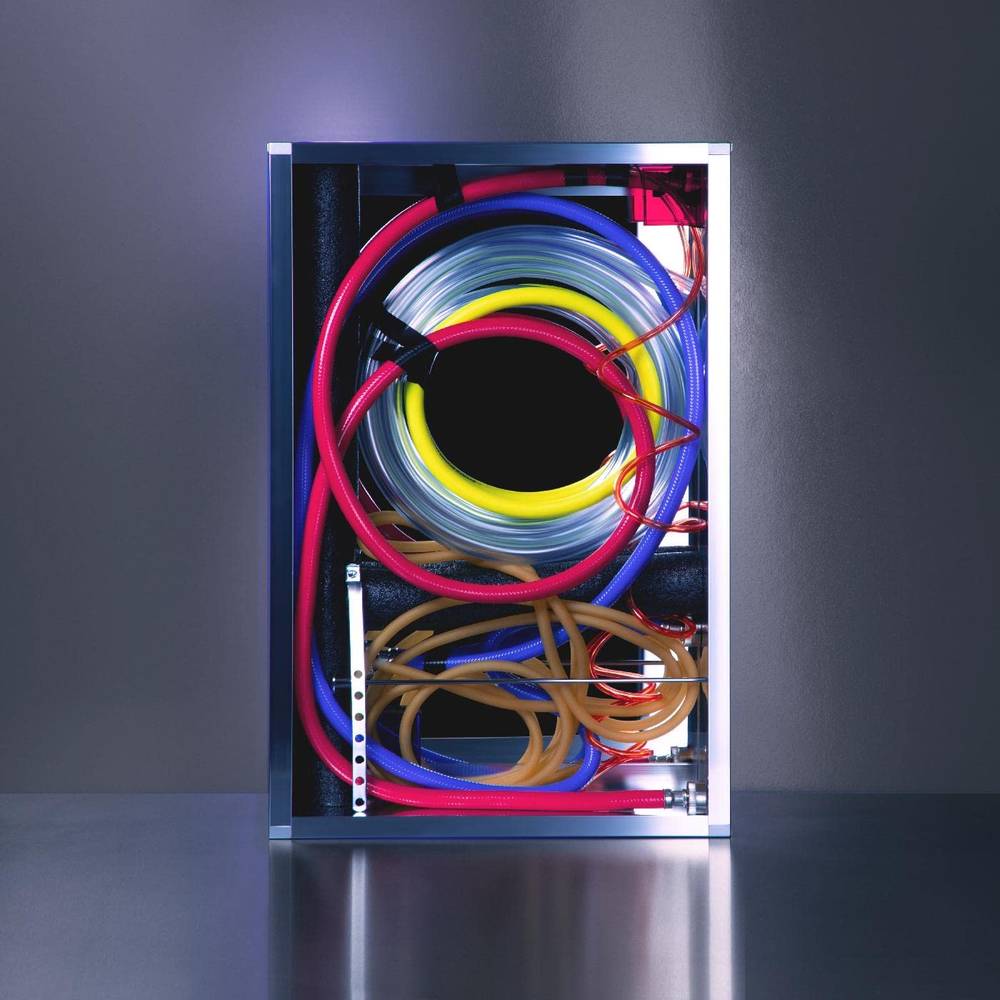 JIMMY EDGAR's latest release for Innovative Leisure, LIQUIDS HEAVEN, is a psychedelic canvas of future R&B, euphoric bass, mutant tear-the-club-up rap, foundation-splintering noise, and gossamer soul. On a surface level, it is a starburst of avant-garde fusion, collecting a diverse cast of eccentric geniuses and re-configured into an anthology of nü-musique concrete. As with all of his work, there is a deeper and subversive intent. Do not mistakenly believe that LIQUIDS HEAVEN is merely a technicolor dream of ethereal abstractions. It bangs as hard as anything to ever bump from a subwoofer. Over a polychromatic blast of crunk, 10KCaash and Zelooperz bounce on “Everybody” like a rap rave inside a 31st century space station. “Bite That 2” finds Trinidad James spitting flames over booty-shaking, wall-crumbling bass. On “Ya,” 645AR chirps over a metallic chassis of booming industrial funk. For all the high energy propulsion, there is a counter-balance of melancholic beauty. The album’s opener, “Euphoria” features a Liz Y2K vocal that levitates with plaintive longing. The Milk-aided “Dreams 1000000” sounds like the chimerical soundtrack to a manga utopia that needs to be imagined. Milk also appears on the finale, “Never Leave,” which captures a bittersweet sadness, the wistful emotion of the tide slipping away. Jimmy’s career has been a series of fascinating left-turns. Signed to Warp Records as a teenage electronic music prodigy, his work needs a scholarly bibliography to properly assess. He’s recorded for the world’s most respected imprints (Warp, K7, Hotflush, Innovative Leisure and his own New Reality Now). Raised in Detroit, there have been stints soaking up inspiration in Berlin, Atlanta, LA, and New York. His list of close collaborators includes the most innovative musicians of the millennium, including Hudson Mohawke, Danny Brown, SOPHIE, DAWN, Mykki Blanco, Vince Staples, and several full projects with Machinedrum as J-E-T-S.