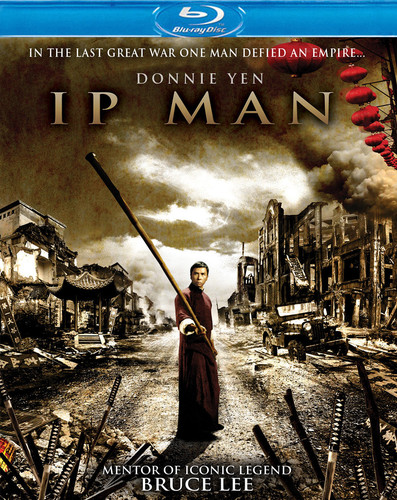 Blu-ray pressing. LP Man is an award winning adaptation based on the life of LP Man (Donnie Yen), the grandmaster of Wing Chun and later teacher and mentor to widely influential and legendary martial artist, Bruce Lee. LP Man is set in the 1930s in Foshan, a hub of southern Chinese martial arts just as the Second Sino-Japan war breaks out. During the war, China is nearly ripped to pieces by racial hatred, nationalistic strife and warfare. LP Man rose like a Phoenix above these ashes as he defied an empire bringing hope to China. Winner of Best Picture and Actor, LP Man ranks as one of the best martial arts movies of all time!