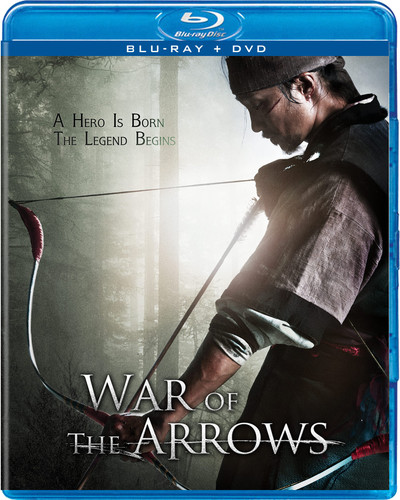 War of the Arrows
Blu-Ray

1623: The 15th year of King Gwanghaeguns reign. The Kings loyal servant and legendary archer, General Choi Pyong-ryang, is framed for treason and executed. His entire household meets the same tragic fate, but his young son and daughter, Nam-yi and Ja-in, escape to the home of their fathers longtime friend. The brother and sister take refuge under Kims wing and are raised as his own. 13 years pass and Qing China carries out a brutal invasion against Joseon, in what will later be known as "second Manchu invasion of Korea." on the wedding day of Ja-in and Kim Mu-seons son, Qing troops led by Commander Jiusinta attack, taking the villagers as prisoners, including Ja-in. When Nam-yi returns home after getting injured in battle, he finds his guardian murdered and his sister taken away by the Qing men. Nam-yi chases after the troop in a desperate attempt to save his sister. Nam tracks down Ja-in, but faces brutal battles with Jiusintas best men in order to escape.