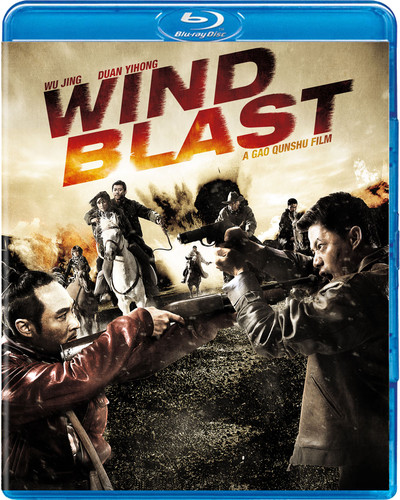 When the killer Zhang Ning sneaks back to China after shooting a target execution style in Hong Kong, Detective Leopard is summoned from Hunan to his hometown Mobei to crack the case. Reunited with his formidable former teammates Mastiff, Yak and Shepherd, he sets out on a trek in the Gobi Desert to apprehend Zhang and his pregnant girlfriend Sun Jing. Meanwhile, two fierce and cold-blooded bounty hunters, Mai Gao and a Nuo, are also in hot pursuit of Zhang. It turns out Zhang has taken a snapshot of the mastermind on his phone before he carried out his lethal assignment, and the latter has hired the duo to destroy the evidence at all cost. No sooner have the cops arrested Zhang and Sun than they are overpowered by the heavily armed bounty hunters in a sneak attack. Zhang is captured by the bloodthirsty duo while Sun remains in the cops hands. Unrelenting despite his tortures, Zhang agrees to turn over the picture only in exchange for the rescue of Sun from the cops. A grisly war inevitably erupts between the cops and the bounty hunters, with Zhang and Sun trapped in between. After a flurry of gunfights, martial arts combats, car chases, equestrian acrobatics, and pyrotechnic extravaganza, many a life will be lost and much honor and glory won in this grimly exciting Chinese Western that should not be missed.