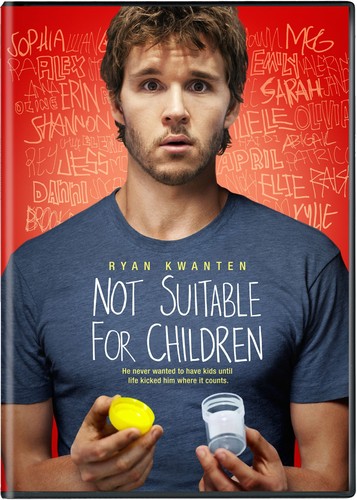 Everybody loves Jonah (Ryan Kwanten) - especially the ladies. He's young, hot, sharing a cool house with his best friends Gus (Ryan Corr) and Stevie (Sarah Snook), and throwing parties that rock AND keep the bills paid. Then: that awkward moment when your random one-night-stand asks, is that a lump? Boom. Jonah's got testicular cancer.

His life isn't at risk, but the impending treatment will leave him completely infertile. Jonah realizes, to everyone's shock: he wants to be a dad. His attempts at the sperm bank are a failure. His only choice is natural conception. Within the next four weeks. He's gotta procreate before it's too late.
What follows is a rousing (get it?) parade of ex-girlfriends, mistaken match-ups, surrogate slip-ups and a whole lot of Baby Daddy Drama. Poor Jonah may be out of options - until he starts listening to his friends AND his heart, and realizes that a perfect candidate might be closer than anyone would think.