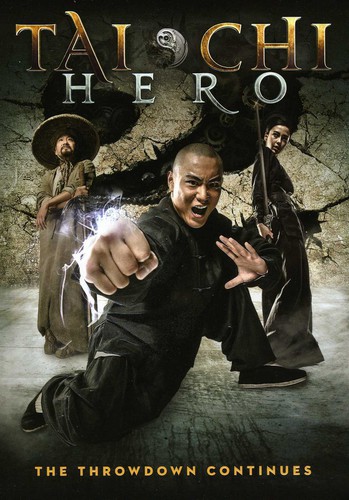 Lu Chan (Jayden Yuan) is still trying to find his place in Chen Village, the legendary town where everyone is a martial arts master and Chen-style Tai Chi is forbidden to outsiders. But since he helped save the town from a frightening steam-powered machine, Yuniang (Angela baby), beautiful daughter of Grandmaster Chen (Tony Leung Ka-Fai), agrees to marry Lu Chan and bring him into the family. It's only a formality, though she is the teacher, and he is the student and that suits Lu Chan just fine, as the mutant horn on his head gives him incredible kung-fu power, but leaves him dumber each time, and closer to death. Chen Village still stands in the shadow of danger. A prodigal brother returns, Lu Chans presence invokes a curse on the town, and Yuniangs scorned fiancée has an appetite for revenge, as well as some new partners in crime. The second in a trilogy from the creators of Ip Man and Detective Dee, and featuring action directed by the legendary Sammo Hung, TAI CHI HERO is a full-on, steampunk-infused, video game-influenced kung fu throw down that will knock you out of your seat.